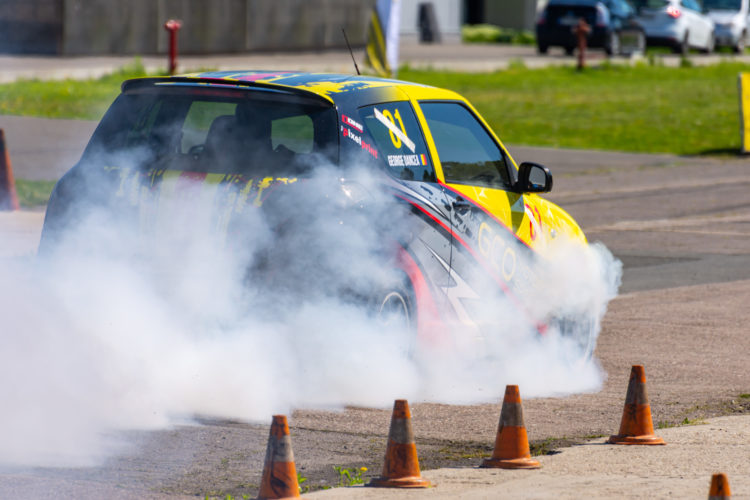 Bucharest recently hosted the first eco Grand Prix.
Conducted according to FRAS rules the race – which was open to legitimate licensed road vehicles – witnessed sixteen drivers taking part in the two-day Slalom event. Each driver completed four laps of a 1000 metre course – two test runs, and two competition runs.
The coned-marked slalom course was laid out with twists and turns to be navigated by two classes of vehicle: up to 250HP; and those above 250HP. Only one vehicle was permitted to occupy the track at any time in order to achieve maximum speed grab!
With just half a second separating the top three competitors the winners were: 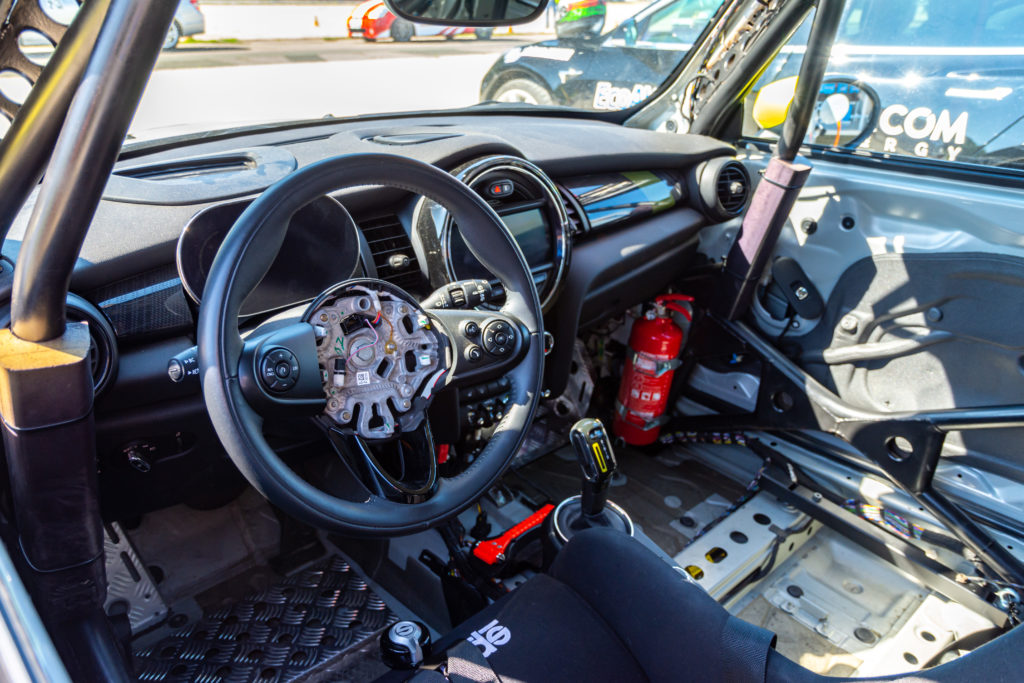 Car modification was permitted – but all vehicles had Electric Propulsion – none were hybrids.
Represented on the field were: 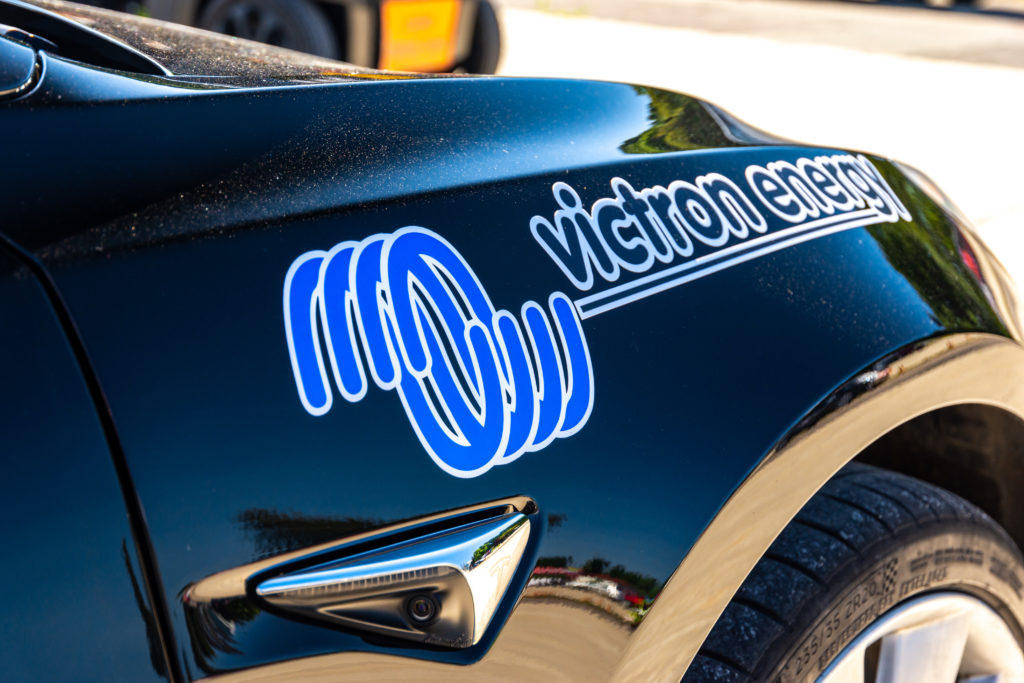 Victron Energy achieved not one but TWO two glamorous milestones at the event – not only did our sponsored vehicle win; but we showcased our prototype Mobile Electric Vehicle Charging Station …without which the event could scarcely have gone ahead! 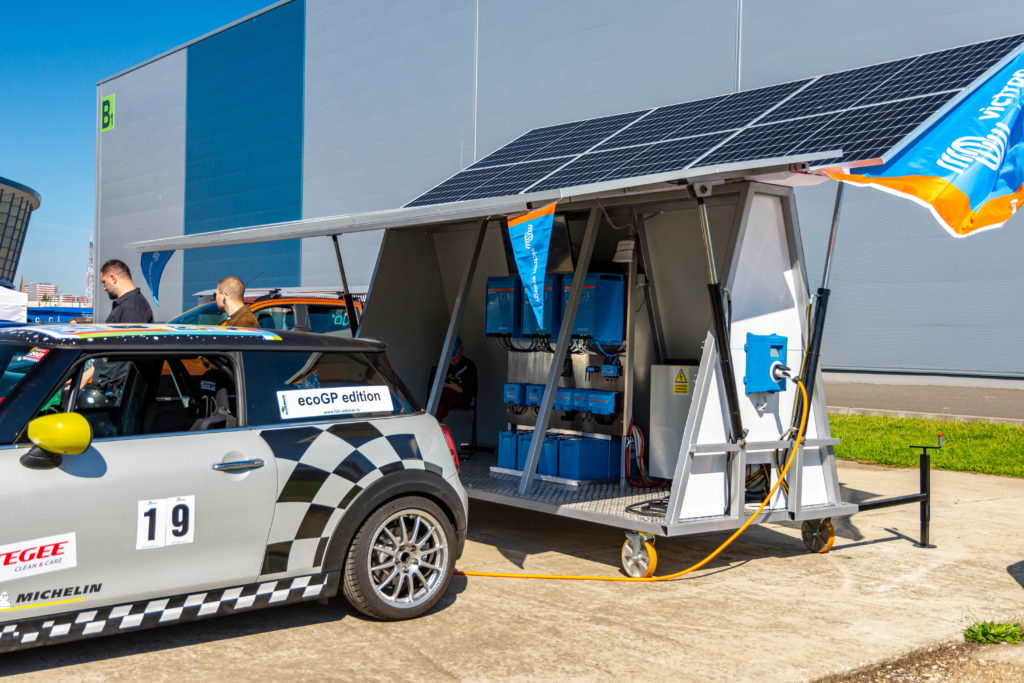 The eco Grand Prix heralds a new era of sustainable Grand Prix racing. As such, having a recharge station with a generator banging away in the background doesn’t quite fit the bill – so a prototype solar powered recharge station with Lithium battery storage was designed by Eastern European sales manager Lucian Popescu, and built by the well-known and successful distributors Darcomenergy and EcoAlternativ. 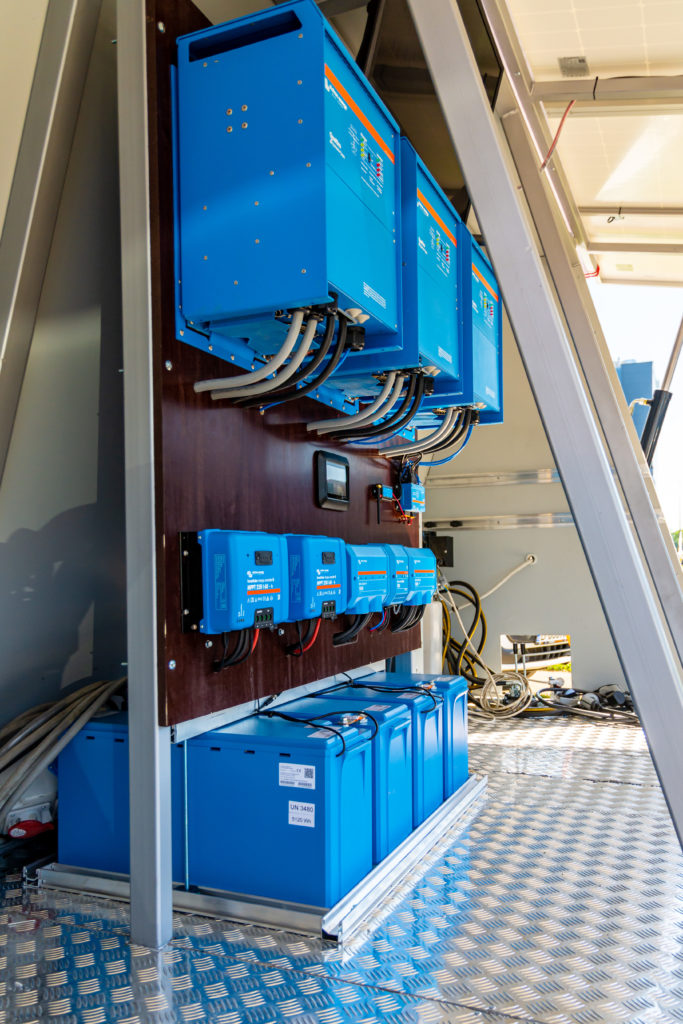 It featured an hydraulically operated solar panel array allowing the 12 x 370W panel arrays to be dropped for easy transport – and opened allowing the panels to be optimally-tilted toward the sun when in use. Two SmartSolar MPPT 250/60 units harvest energy for storage in 4 Lithium 25.6V Smart batteries. Three-Phase recharge with a 22kW power capability was supplied by 3 Quattro 10000 Inverter Chargers. 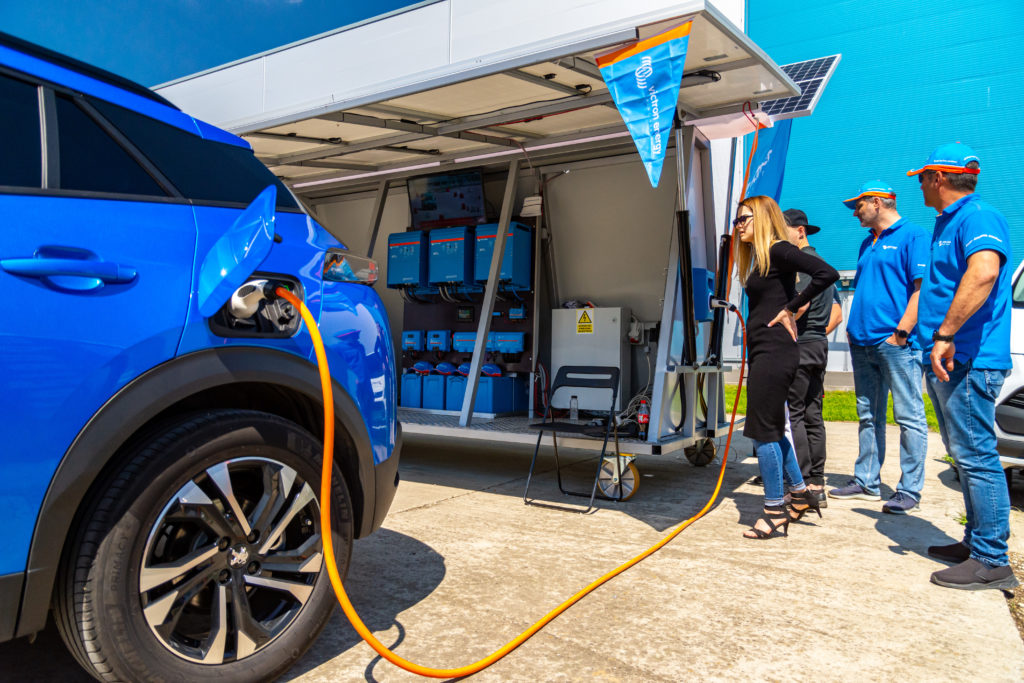 Also essential to the build was: 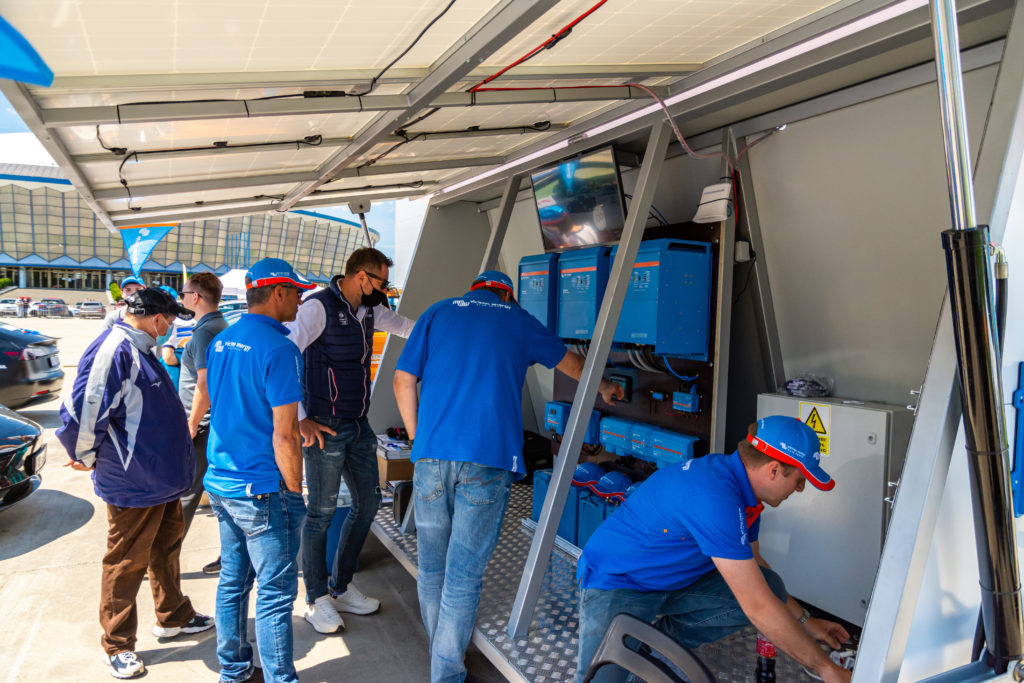 Back at the pit between races, the recharge station was the main attraction!
Let’s take a look at some of the highlights from the event in this video shot by Ciprian Cherciu from Eco Drive: 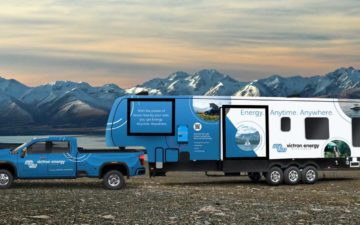 Hitting the road with its wheels spinning on July 15th the Victron Energy North America Training Tour is set to run and run. Following the seasons, our... 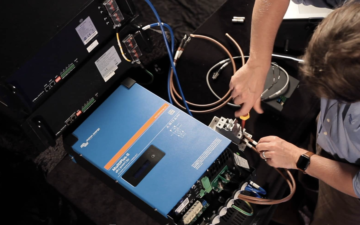 Professional installations which meet client needs and exceed expectations are good for business. Whether your customer is price conscious or quality-driven, our Training Videos are...