This update concentrates around the Cerbo GX, fixing three issues.

1) One USB port is changed to be “power only”
There are three USB ports in the Cerbo GX, and one has proven to be unreliable for use with a VE.Direct to USB cable or other data connections. We spent a lot of effort to make it work reliably, but that proved impossible – unfortunately. The other two do work properly.

The USB port affected is the one closest to the HDMI port. This new firmware version changes its function to “power only”: to power the GX Touch. The Cerbo GX manual as well as the datasheet have been updated with this new specification. Newly produced units will have a different marking on the product, to make it clear that that USB port is different than the other two.

Installations in which this port is now used, with for example a VE.Direct to USB Cable, will lose connection to that VE.Direct device. I fully understand how this can be very inconvenient, especially for remote installations.

Temporary work around for installations using that USB port

In case you prefer to change the wiring later, and keep a working system until then, here is what to do:

For the installations that had an issue due to this problem, this update fixes it. For all other Cerbo GX devices, both already installed and/or still in stock, the change is seamless: 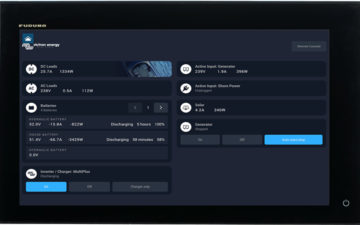 Skippers of Commercial and Leisure vessels equipped with Furuno navigation systems can now view their vessel's energy system data alongside all other maritime information. Information... 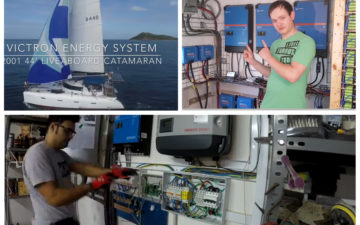 A competition we announced last month on Facebook invited users to post a video showing their system - what a great response we had! The... 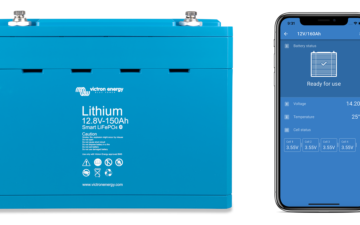 Good day, Today we're releasing an update for VictronConnect and our Lithium Smart batteries. The firmware update for the batteries is essential in certain use-cases....