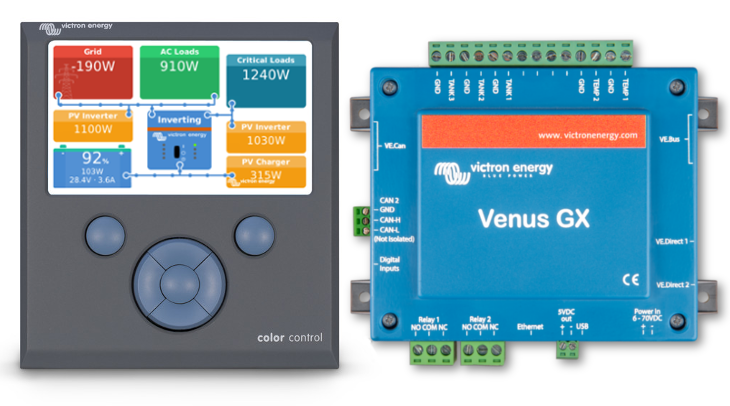 Today we are releasing version 2.23 of Venus OS – the software which is at the heart of the Color Control GX, Venus GX, Octo GX and the CANvu GX. A nice page outlining those products and comparing them is available here. Also we will release VE.Bus version 455 today, for the MultiGrid and MultiPlus-II inverter/charger models.

Included in this update are various improvements; including that the user interface will not show details of VE.Bus Error 11.

This error only applies to the MultiGrid and MultiPlus-II models: the inverter/chargers with a dual backfeed relay. For ESS systems, a grid-code is selected in VEConfigure, and then as part of grid-code compliance; the device verifies that its internal relays and measurement circuitry functions properly. When this test fails; Error 11 shows. Quite often, the error can be tracked down to an installation error (swapped Phase and Neutral wiring for example), but there were also some software issues; and the details of Error 11 not being visible was not helping. Today we are taking care of all that. A short list of related firmware releases:

Conclusion: if you have a VE.Bus Error 11 and have already double-checked the wiring, then update all to the firmware released today; which is likely to solve the issue. And if it doesn’t – then at least you will have far more information to help you resolve it.

And then there are a few more improvements, enhancing system stability and robustness.

For those who were hoping to find the Marine MFD chartplotter integration, as explained here in a blog, I have to disappoint you, it’s not ready yet; so not in this release. We can report good progress on that project though; and I still expect to release it at the end of this quarter for Navico and Garmin. As mentioned during the announcement, Raymarine will follow a bit later.

You can find information about how to install the new version of Venus OS here. For the full changelog, visit Victron Professional. 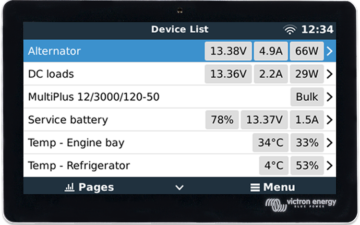