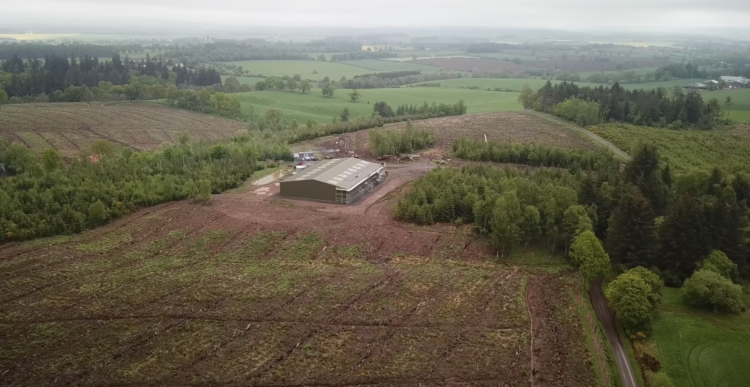 Video maker Jono has been out in the field, quite literally, to take a look at how a woodland management company in Scotland have installed a three-phase power system which is expected to pay for itself within 3 to 4 years.

Craig Nimmo – Utilities and Landscaping Director for Scottish Woodlands – was surprised to learn that three-phase power is available from the sun! His company is very proud of their green credentials and were keen to investigate running their new 100 acre site using sustainable energy. He was expecting a conflict right there because a lot of the industrial workshop equipment they use provides more satisfactory service in a three-phase format. 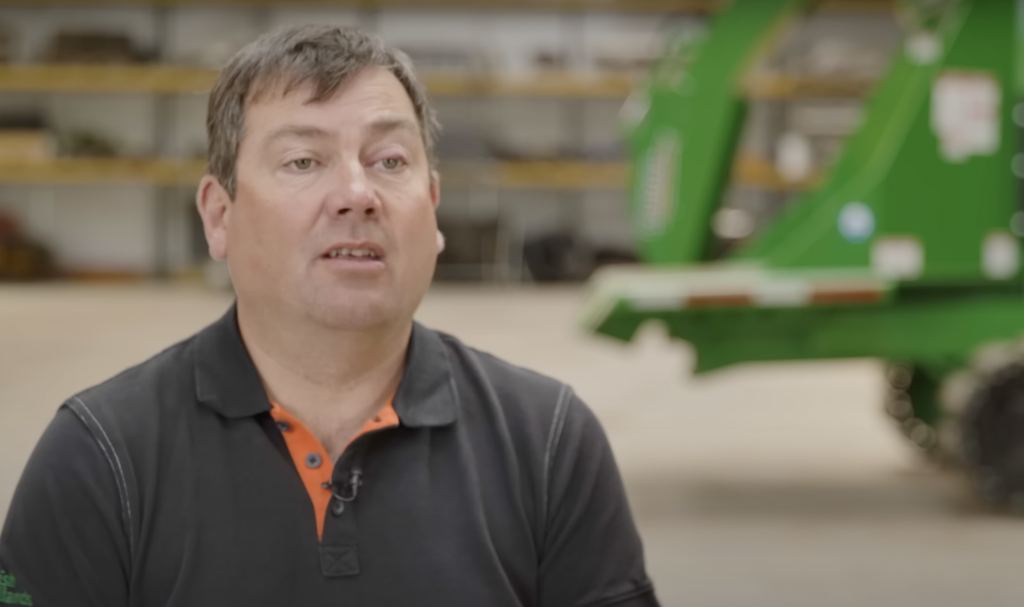 Even better – the cost comparison between bringing in grid electricity to their remote location and installing PV based power were broadly similar. The 45 kVA system – which has 91kWh of BYD lithium battery storage – can be completely re-charged in less than three hours from its 108 solar panel array, which is capable of providing 43kWp. 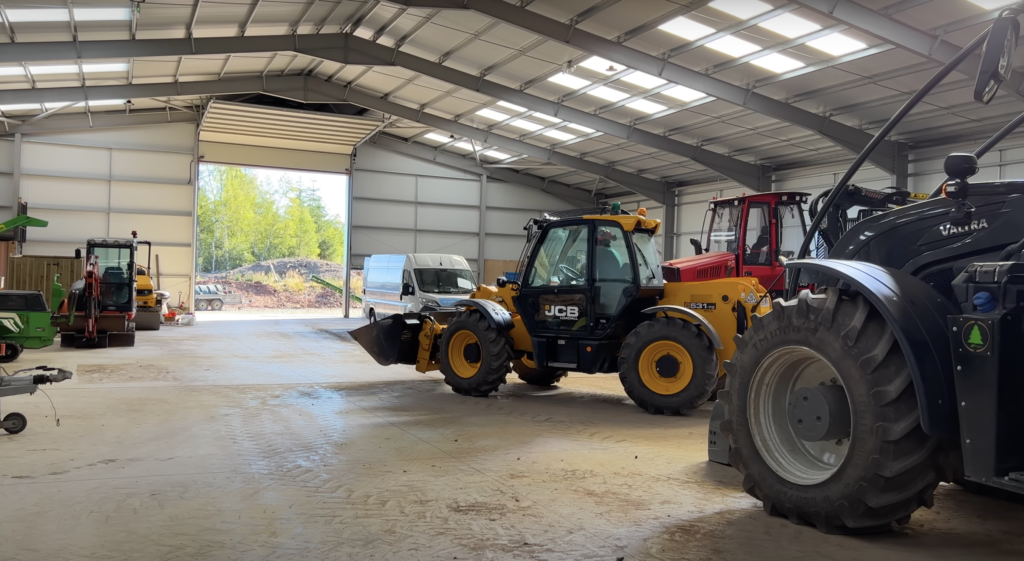 Overhead power cables are a hazard for some industries.

To ensure that operations can continue even during periods of winter fog, the system has a back-up generator rated at 60kVA.

Ian Hewson, from Off Grid Engineering, was tasked with designing and installing the system. He says he spent some time learning about Woodland Managements’ business to ensure their system would be future proof. He also draws attention to one of the new system’s super powers – unlikely to be available with most grid connections: if power demand at the site, working in full swing, ever goes over the 45kVA available from its 3 Quattro Inverters, the Generator will automatically cut in to provide a further 65kVA – resulting in a total power resource of 110kVA at three phase! 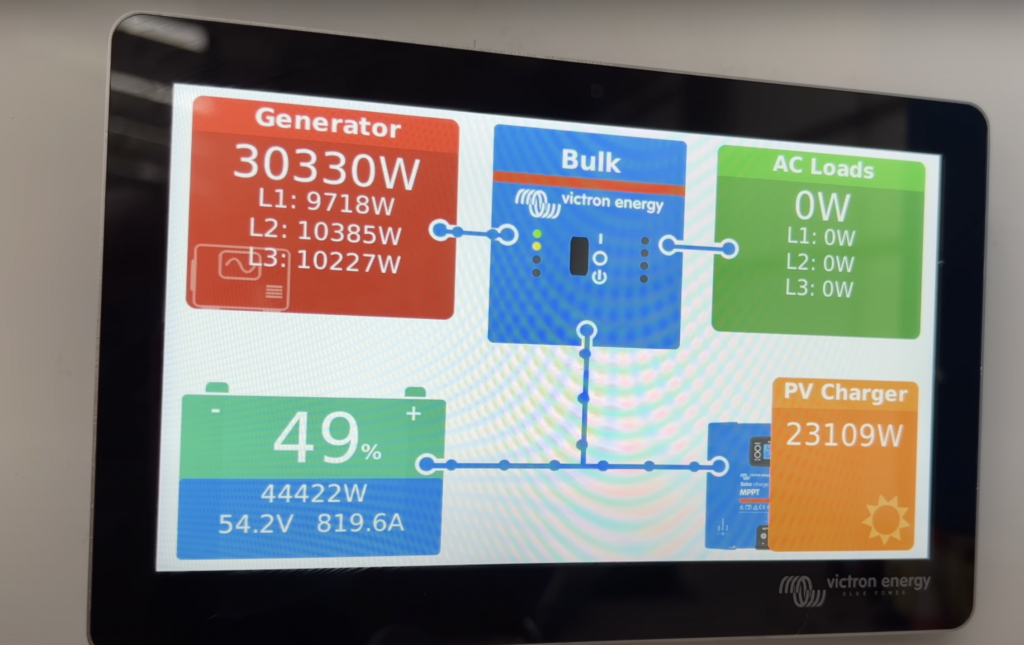 The site includes a separate canteen, rest rooms and office, which has until now been provided with power from a small generator kept running full time …just in case. That generator is now redundant, increasing economy and affording a bit of silence to staff during their down-time! 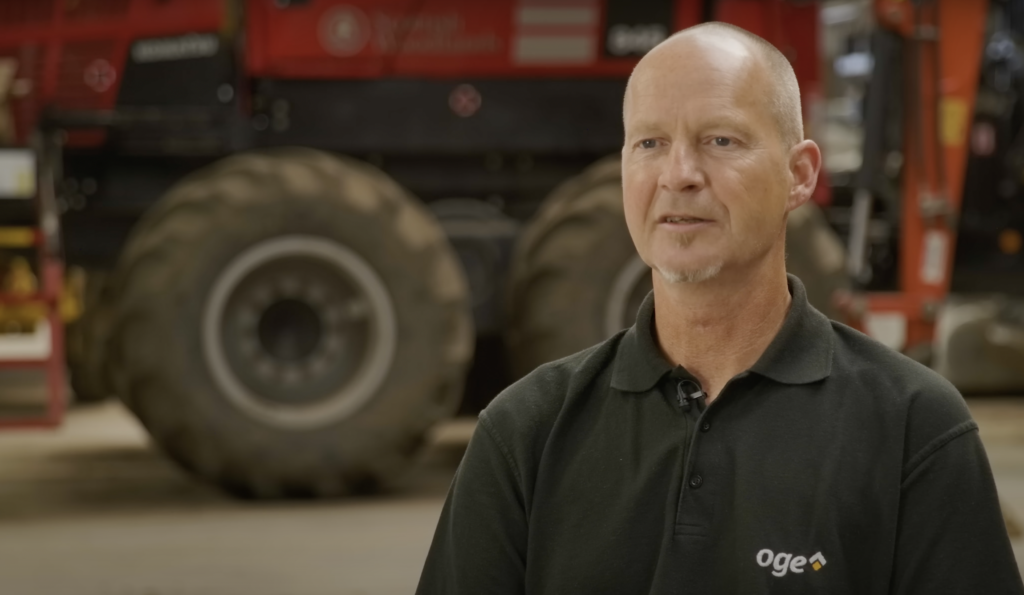 The major components of the system are:

Scottish Woodlands, whose clients include Network Rail and Scottish power, are really pleased to have achieved budget stability with predictable energy costs for many years ahead.

You can listen to the client and installer interviews and see what has been achieved here: 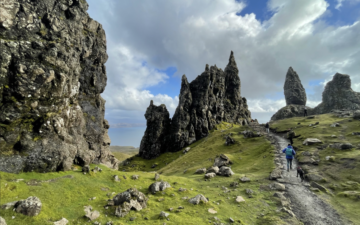 Rebecca Ramsden and her partner Dave Curnock, who are in their early 40’s, drove 2700 miles in September to explore the North Coast of Scotland,... 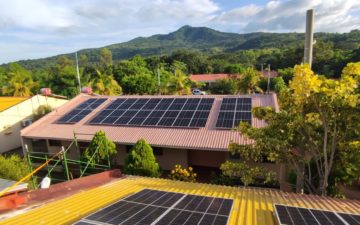 The San Jacinto-Tizate Geothermal Power Plant, in Nicaragua, which has a production capacity of 77 MW - has just installed solar energy for its own use. Sound... 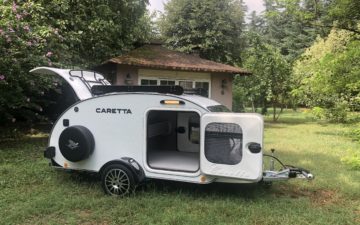 Weighing in at only 390kg the Caretta Mini caravan is designed for easy towing by an Electric Vehicle ...or a motorbike! When the whole world...