The world is watching – Olympics without dropouts! 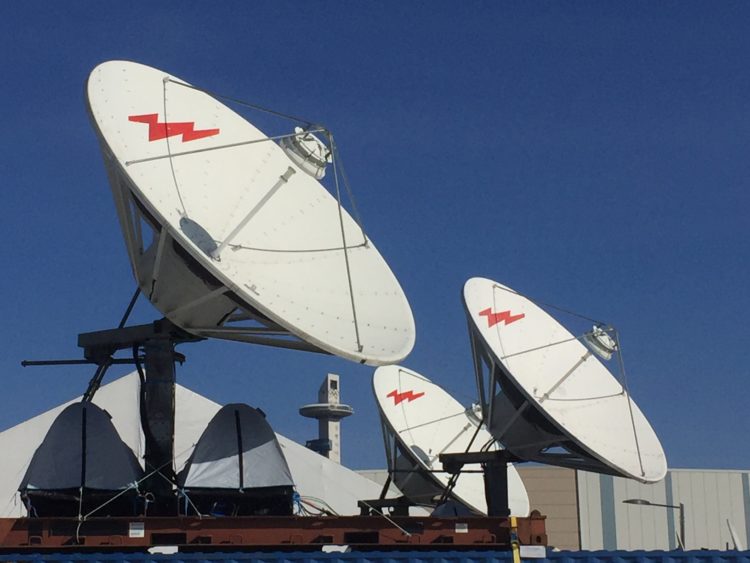 TV broadcast engineers know that when something can go wrong, it will. And because you only get one chance to transmit the latest Winter Olympic news, as it happens, you need the best engineers, using the most reliable equipment. Let’s have a look behind the scenes at the International Broadcast Center in Pyeongchang… 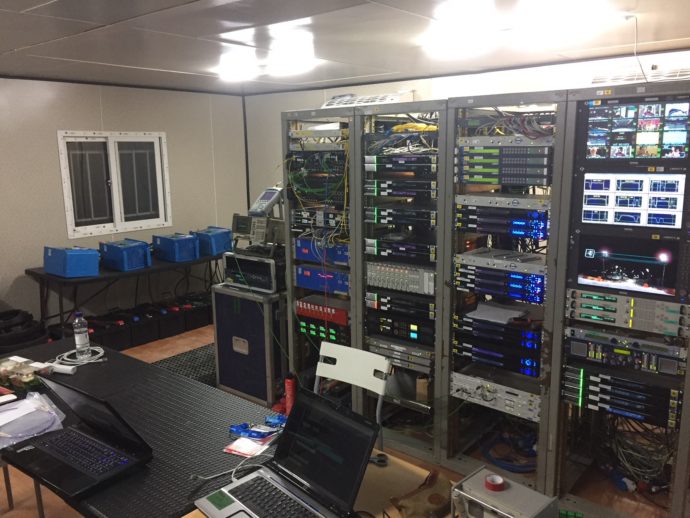 Four cabinets of switching gear and satellite modulators are backed up by 4 Multiplus inverters, each having 24V/200Ah battery storage, to provide uninterrupted power.

Multi-Link Holland – is a Dutch company which has been providing satellite up-link communications for reportage and sporting events to Broadcast Networks for almost 20 years. Marco van Uffelen, one of Multi-Links engineers, says that the key to success is portability and an ethos that no problem is insurmountable. Their equipment is ready to go at a moment’s notice by road, air or sea – and when you think about the hurdles to providing remote outdoor broadcast, from anywhere – you can see why experience counts.

Interestingly, one of the first things they do – having arrived in the country of deployment with a cargo of technical wizardry – is to buy some truck-batteries!  Too heavy to lug half-way around the world, lead/acid batteries are available anywhere and work reliably and predictably. Even when grid electricity is available, you must be prepared for the possibility of it failing – hence the provision of an ultra-reliable uninterrupted power supply for the dazzling array of satellite amplifiers, audio/visual monitors, satellite modulators and switching gear – as seen above …secured by 8 x Victron Multiplus 24V units which will guarantee an Uninterruptible Power Supply. 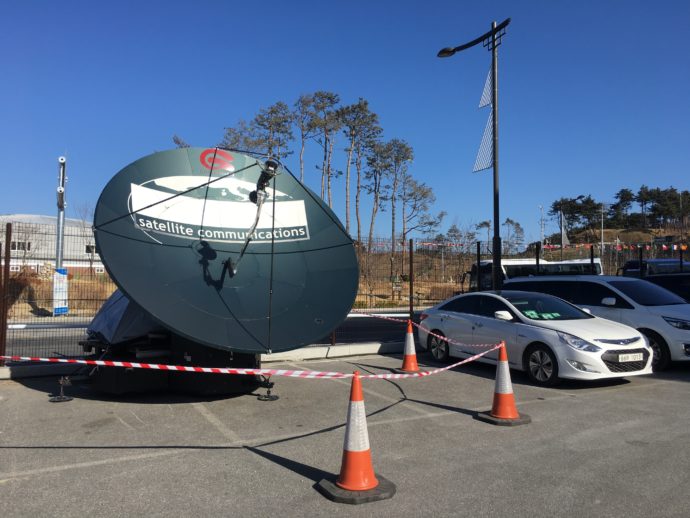 This huge 3.7m ‘Flyaway’ Antenna can be loaded as air freight. Installed near the Gangneung Oval – where the Speedskating has been taking place – the antenna has high-power satellite amplifiers backed up by a 5kVA Multiplus Quattro with two 250Ah Truck Batteries. You can probably catch a glimpse of the ‘tents’ which have been installed over the amplifiers to protect them from the snow. 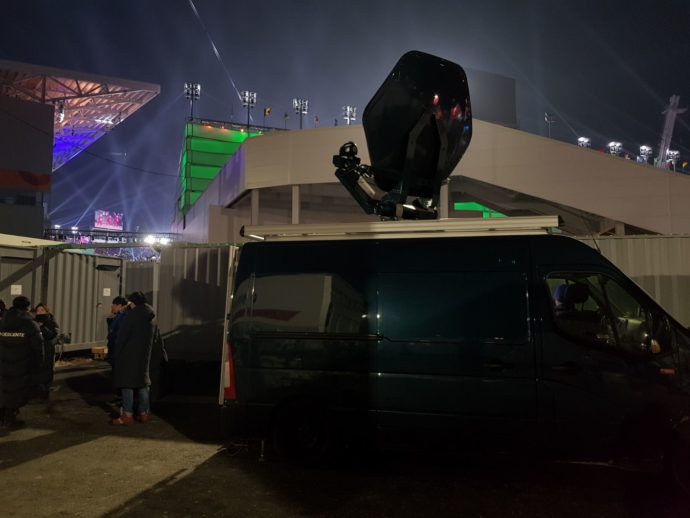 Acting as back-up this van follows wherever the action is taking place to beam broadcast data back to the International Broadcast Centre in Pyeongchang.

Multi-Link’s mobile Digital Satellite News Gathering van – in the image above – sends ‘footage’ back to the International Broadcast Centre, where it can be re-transmitted using the main amplifiers and dishes at the Satfarm.  At the Winter Games the van is always in attendance as backup… regardless of whether a fibre optic connection to the IBC is available or not. 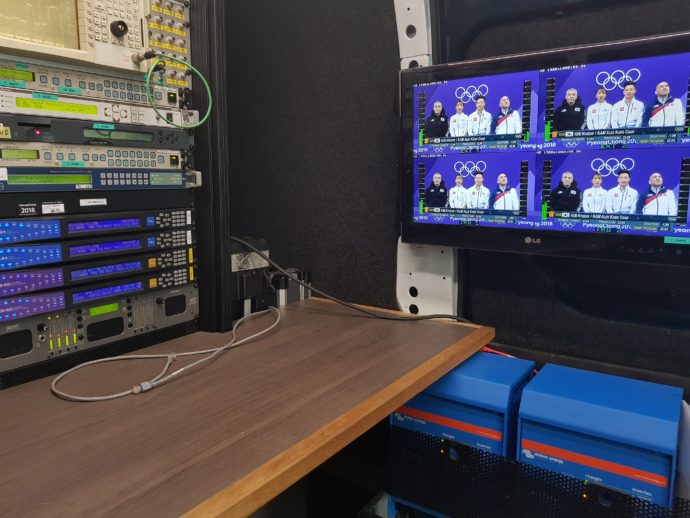 The mobile ‘Digital Satellite News Gathering’ van is capable of generating 6kW/230V from its own engine – Two Multiplus 12/3000/70 units are on standby to provide uninterrupted power.

We’re rather pleased to see that when Multi-Link and the best broadcast engineers in the world know they mustn’t fail – they depend on Victron to keep the shots rolling! And it’s nice to know that in our small way we are helping bring the Olympic action to a screen near you… 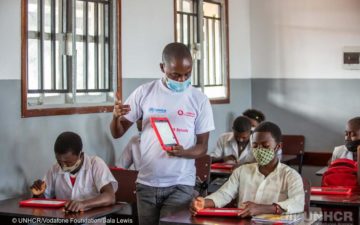 When innovative educational technologies combined with solar infrastructure benefit the integration of refugees and the communities that host them. 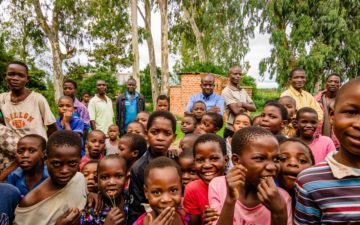 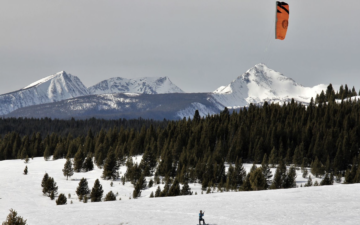