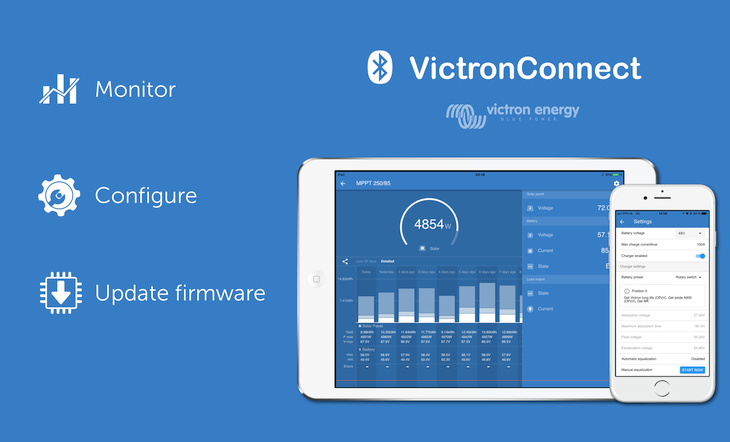 You only need look at the headline image above to gain an insight into how versatile this software is, not to mention the amount of midnight oil burned behind the scenes bringing it all to fruition. An exceptional job by software engineer Jesús Miguel Pérez.

Multilingual – Besides English, other languages such as German, French, Italian, Dutch and Spanish have now been added to the redesign. 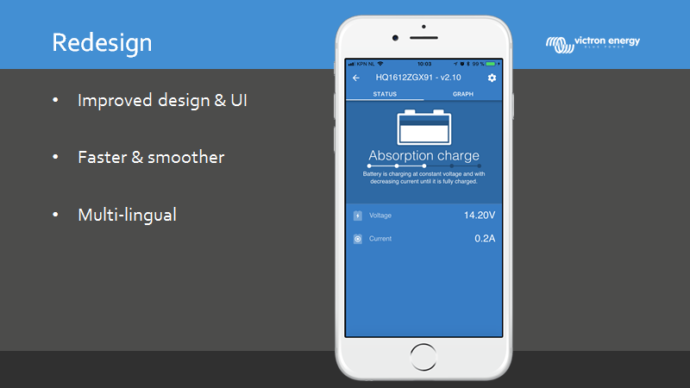 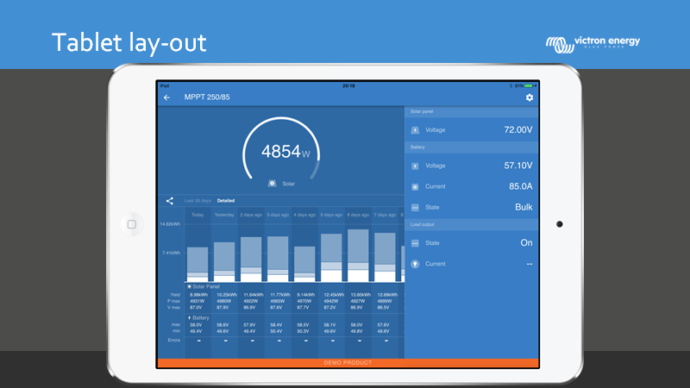 Ease of use is improved along with onscreen help. 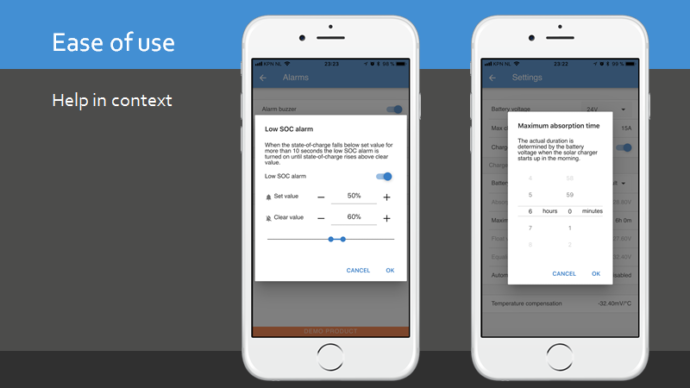 What can VictronConnect do?

Monitor, configure and update firmware of all Victron products with:

Connect to the product wirelessly using our VE.Direct Bluetooth Smart dongle on iOS, Android and Mac or connect using a VE.Direct to USB interface

Out of the forty or so screenshots I have from v4.0, here’s two teasers before you download the software. 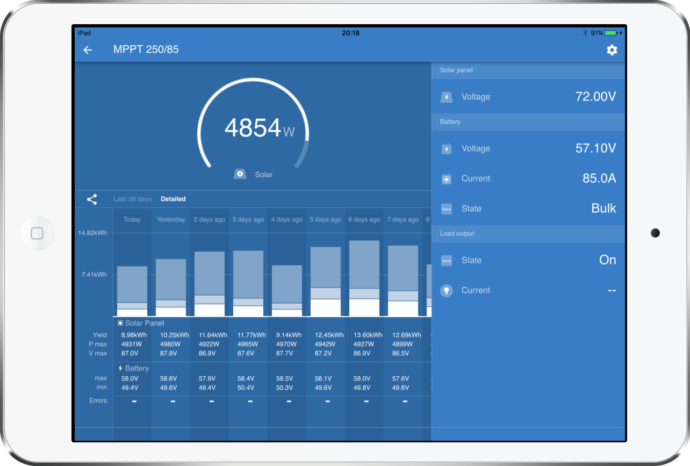 Before you do anything

As with all software there are certain requirements and caveats.

Note that the previous version of VictronConnect (v3.3) for Windows XP and Vista is still available for download on our software downloads page.

Blog update Sunday evening 7th January 2018 – Over the weekend several of our ever helpful users found some bugs, so versions 4.1 and 4.2 have been released also. Please update to the latest v4.2 having read the notes in the changelog first.

The links below relate to VictronConnect.

Whilst these videos below were made prior to v4.0 they will still give an insight into VictronConnect.

Enjoy the new version of VictronConnect and as ever feel free to post any comments in Disqus below. 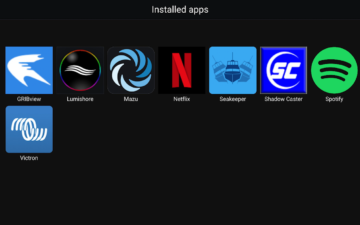 It's that time of year in the UK, when many a boat is hauled out and their owners upgrade and maintain their systems. Victron video... 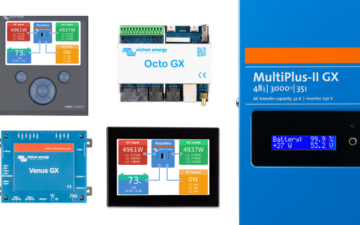 Good day! This morning we have released Venus OS v2.40 – the software at the heart of our GX Product range. It brings lots of...