The VE.Bus BMS and VE.Bus BMS V2 are Battery Management Systems (BMS) designed to interface with and protect a single, or multiple Victron Lithium Battery 12,8V & 25,6V Smart (LiFePO4 or LFP) in systems that have Victron inverters or inverter/chargers with VE.Bus communication. It monitors and protects the batteries against over voltage and under voltage of any individual cell, and also over temperature or under temperature conditions.

Based on the status of the battery or batteries, the BMS will:

The “original” VE.Bus BMS is best used in systems without a GX device.

The “next generation” VE.Bus BMS V2 has additional features such as:

Downloads
Downloads
Where to buy 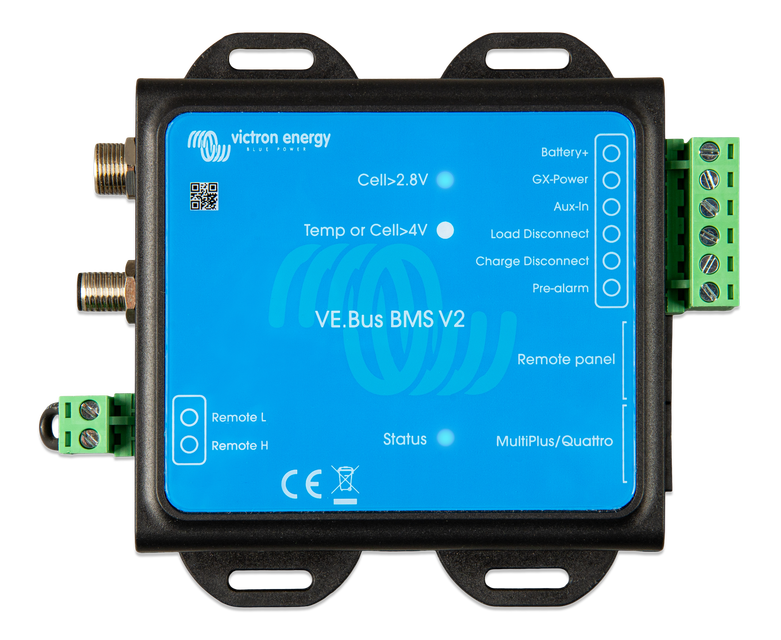 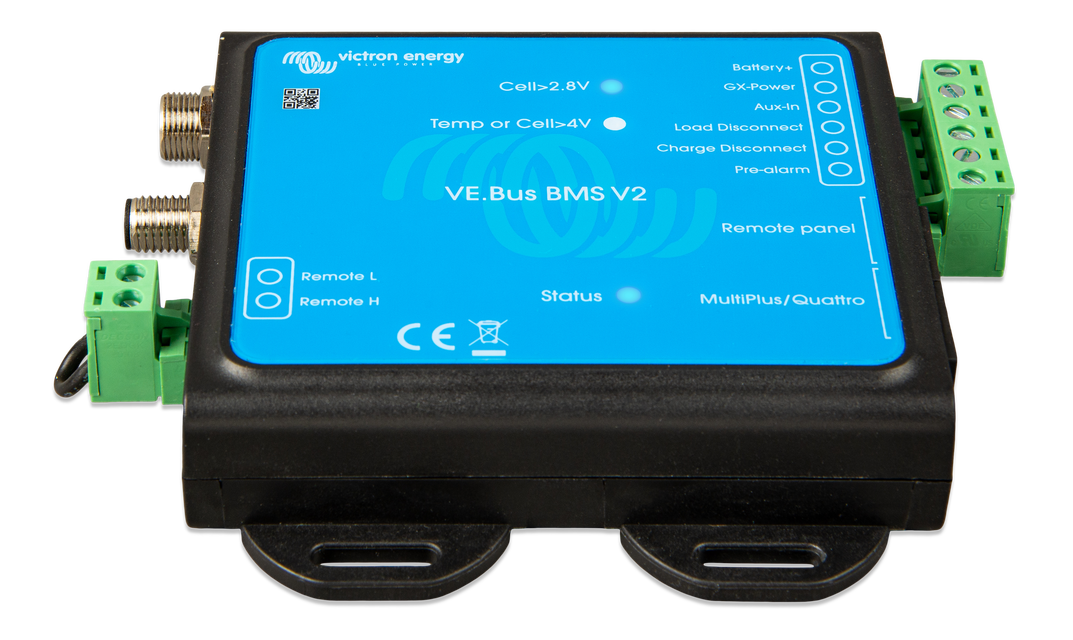 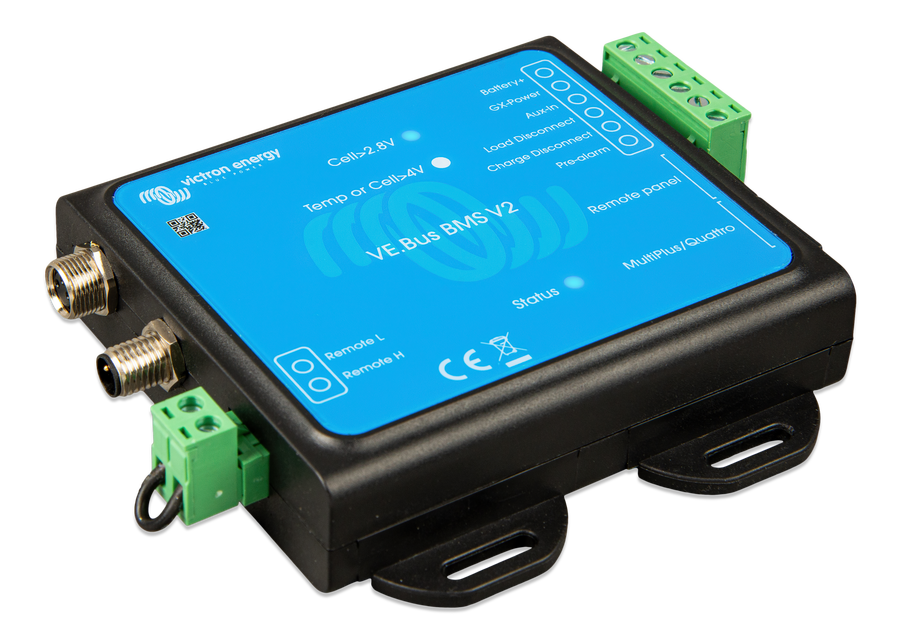 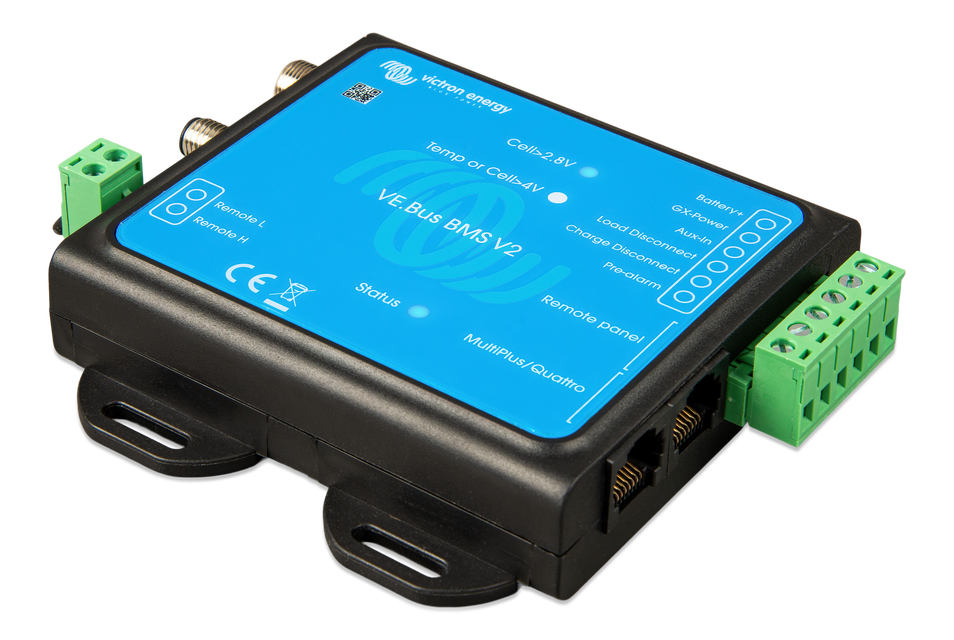 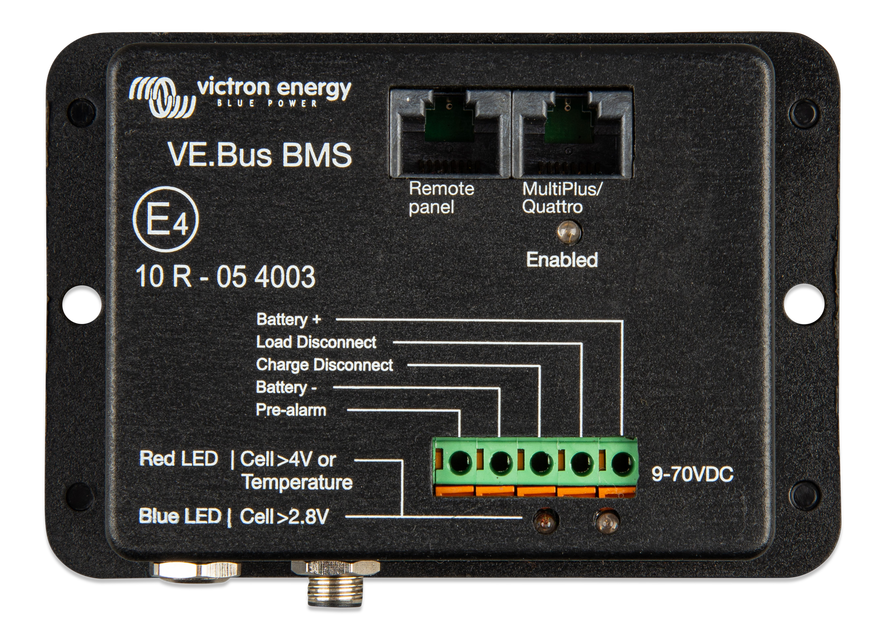 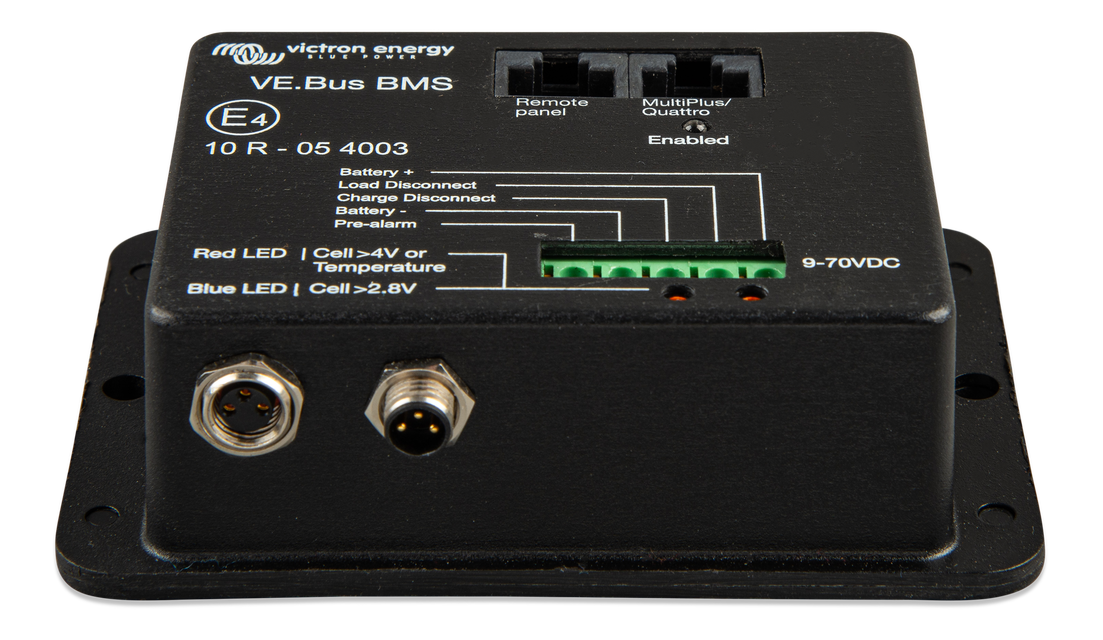 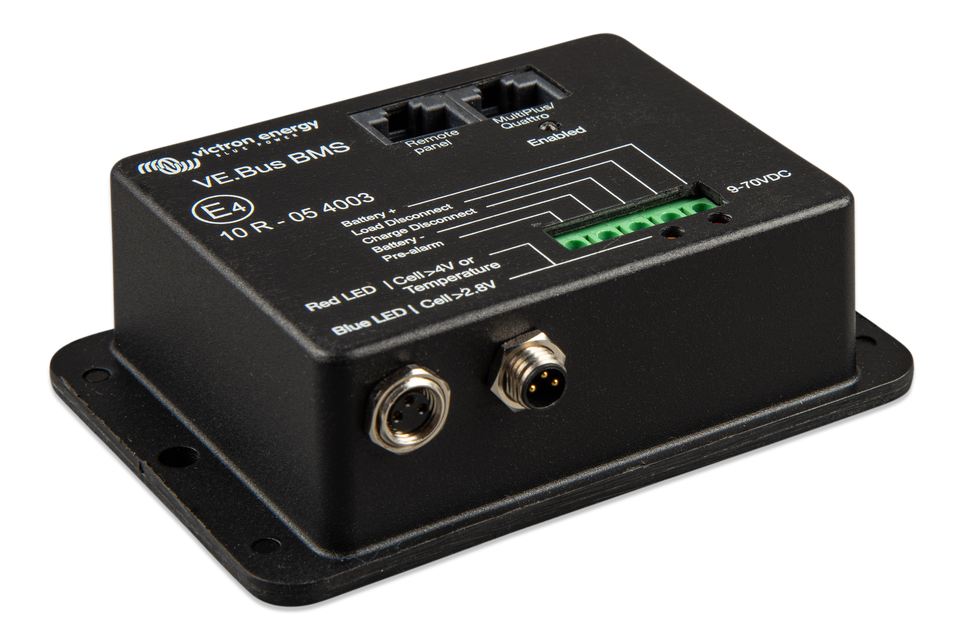 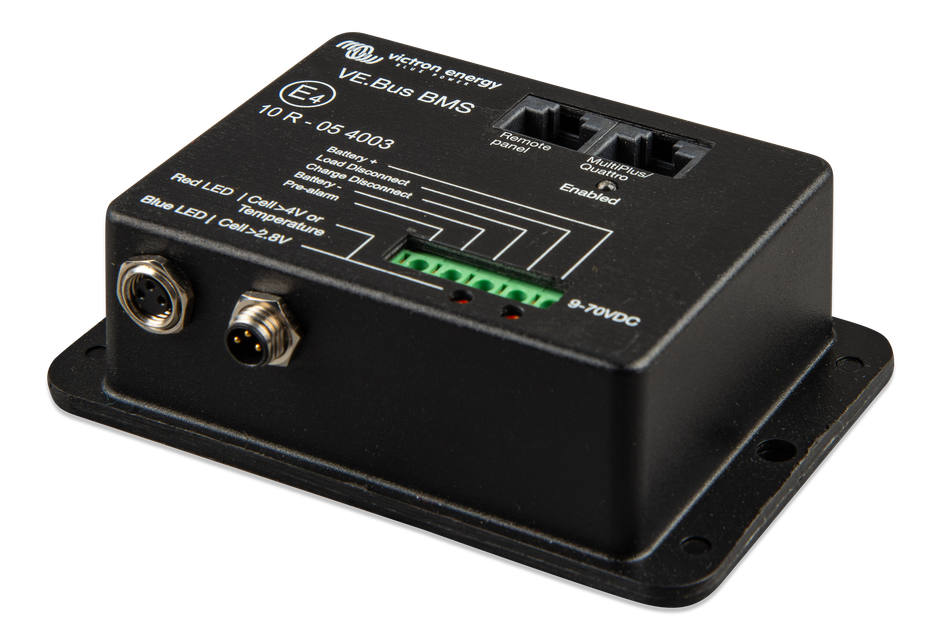 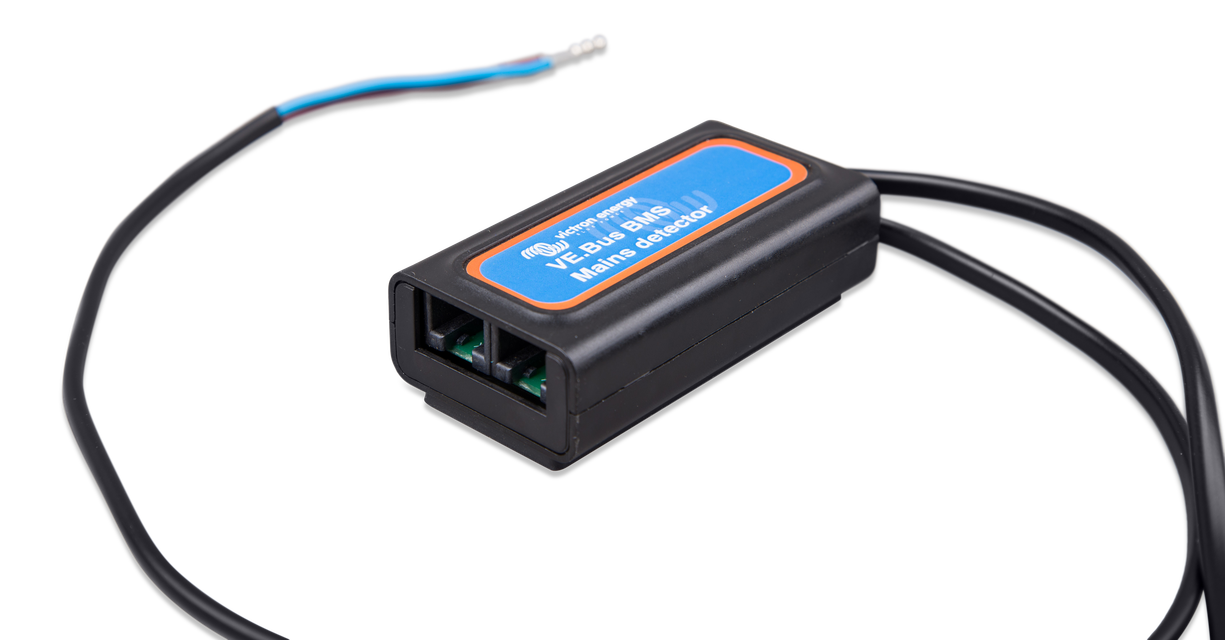 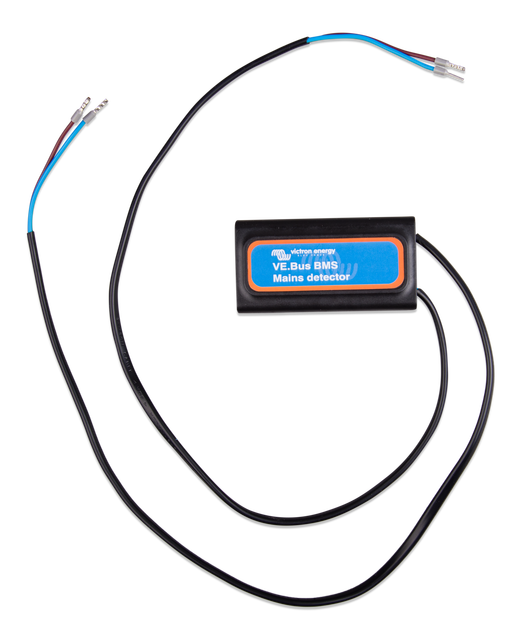 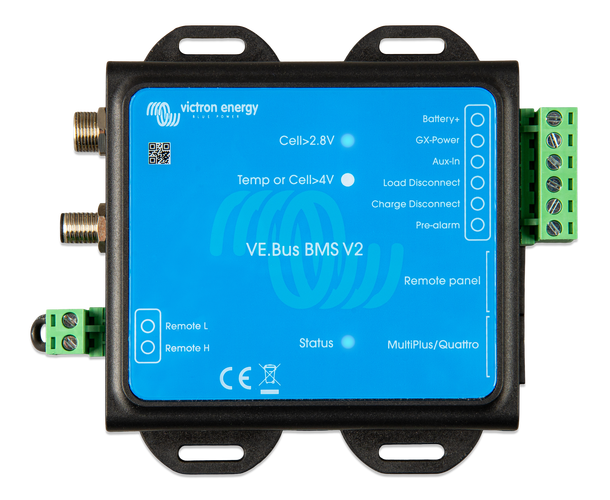 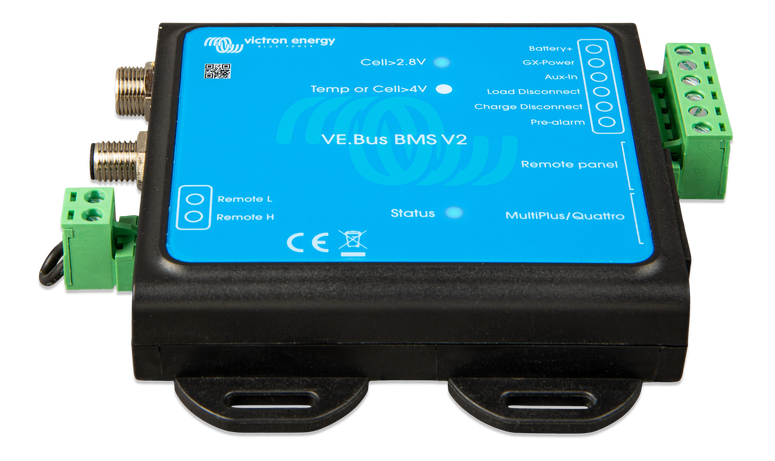 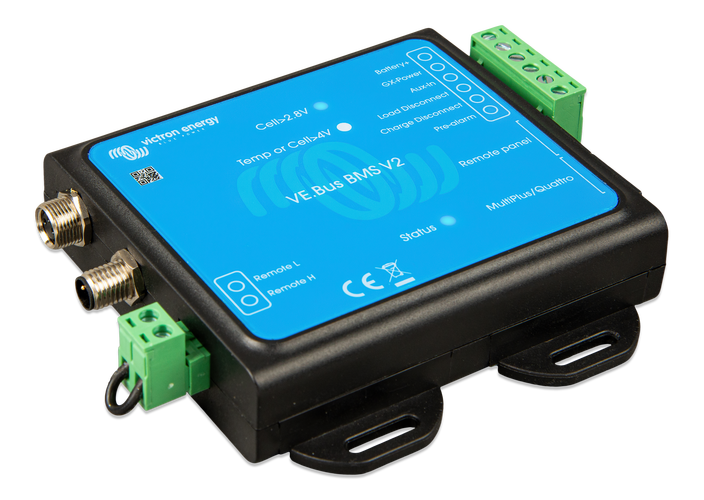 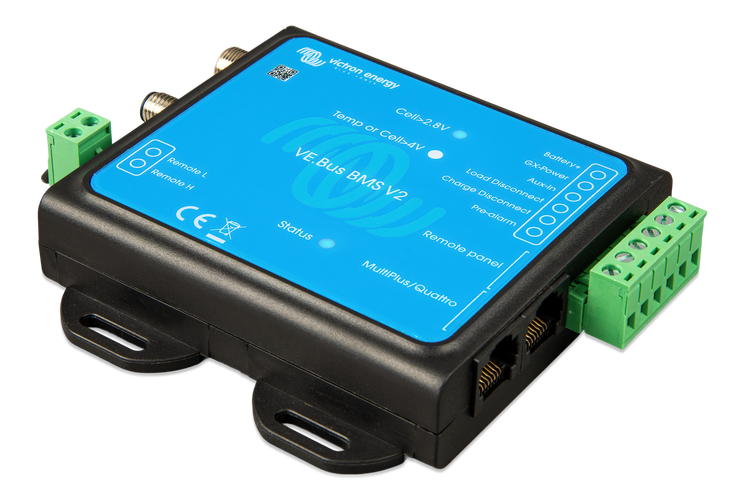 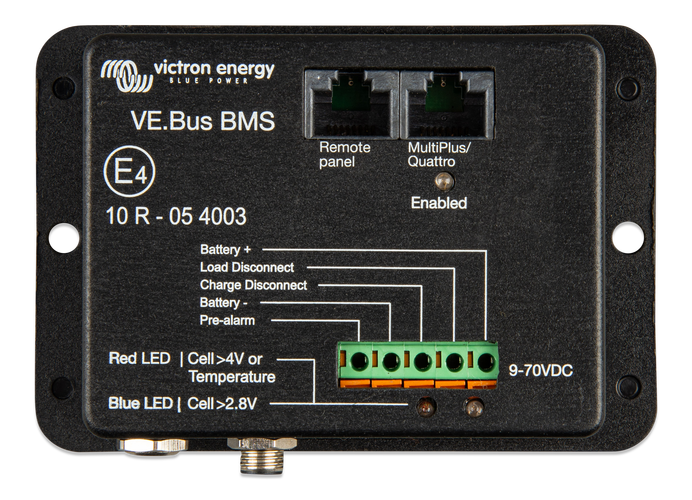 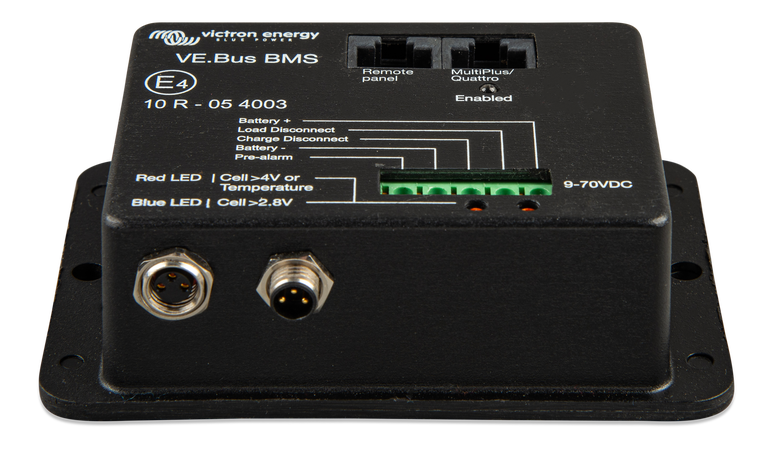 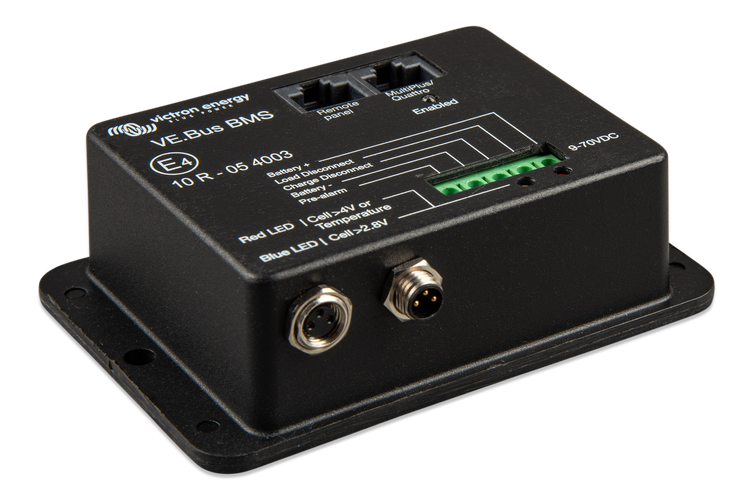 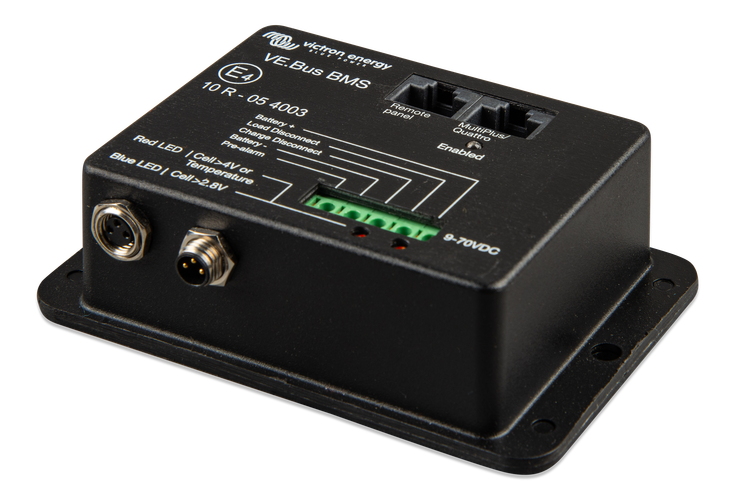 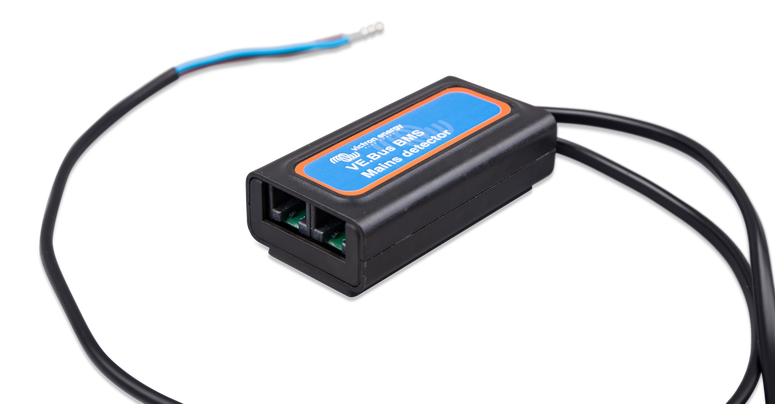 If you would like to know more about this product, we have an Online Training course available. Training includes a video, links to important reference resources, and an exam to test your knowledge. Successful completion is rewarded with a certificate. Online Training requires a free Victron Professional account. 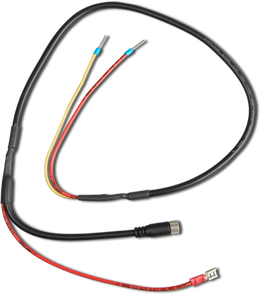 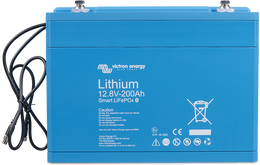 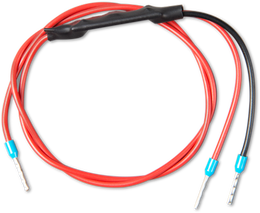 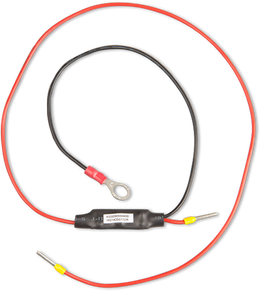 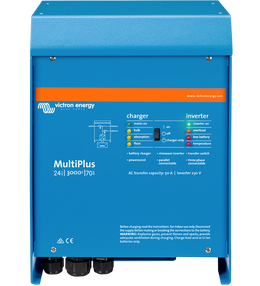 Find a Victron Energy dealer near you.