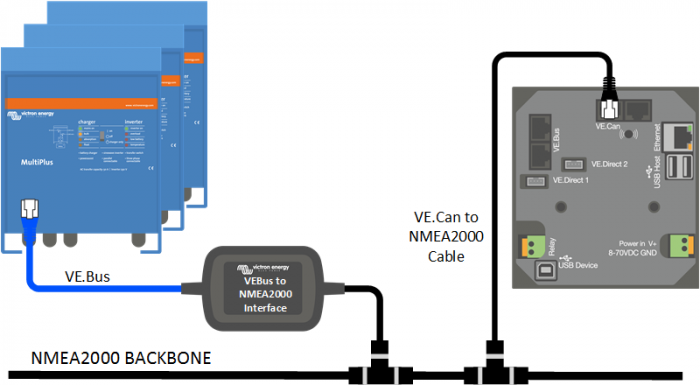 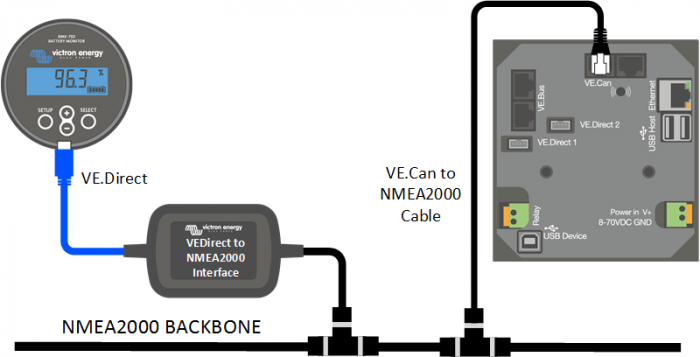 A N2K CAN bus network needs to be laid out as in backbone configuration, using drop cables to connect to each device. Also, there should be only two terminators in the network. Therefore:

Q6: What about Maretron and other brand tank sensors on the Ccgx?