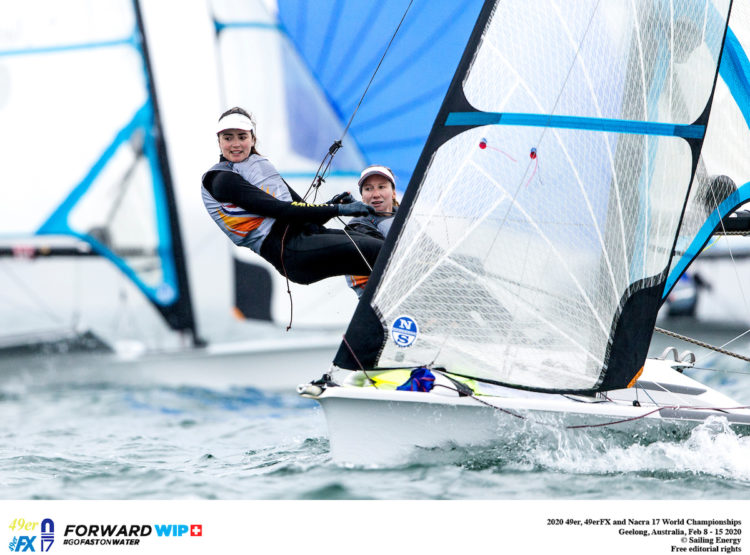 Our World Champion 49erFX sailors Annemiek Bekkering and Annette Duetz – together with team mates Odile van Aanholt and Cecile Janmaat have been competing in the World Champion series 2020 held in Geelong, Australia.

Fiercely contested with lots of fast action the World Champions will be disappointed to record an 8th place in a competition which was interrupted by strong winds and bad weather …conditions in which they usually thrive. 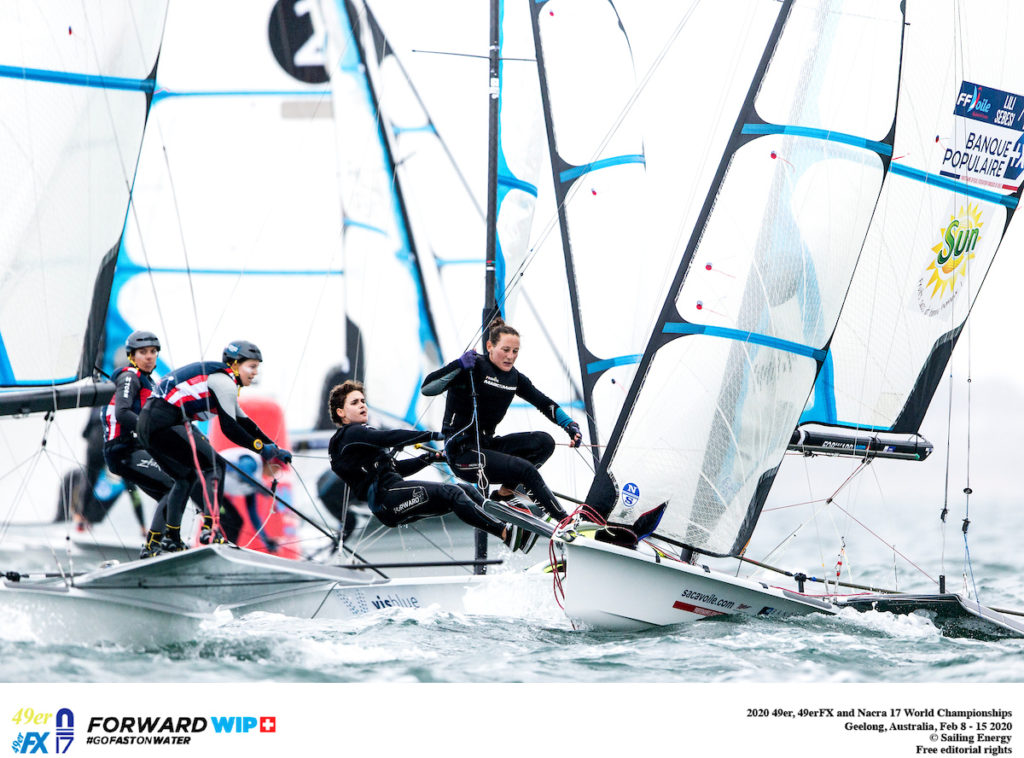 They will, however, take some consolation from the fact that their arch-rivals the Brazilians were further down the table in twelfth position. Annemiek explained that the problem they – and the Brazilian’s – faced during the competition was the result of tiredness, through overwork, and not taking enough time off.

Teamwork relies on subtle harmonies between members – and when that goes out of kilter, through stress or trying too hard, nothing goes like it should: clues are missed, communications misunderstood.

Never-the-less, out on the water the wind conditions made for a thrilling competition, forcing many mistakes leading to spills, collisions and disqualifications. 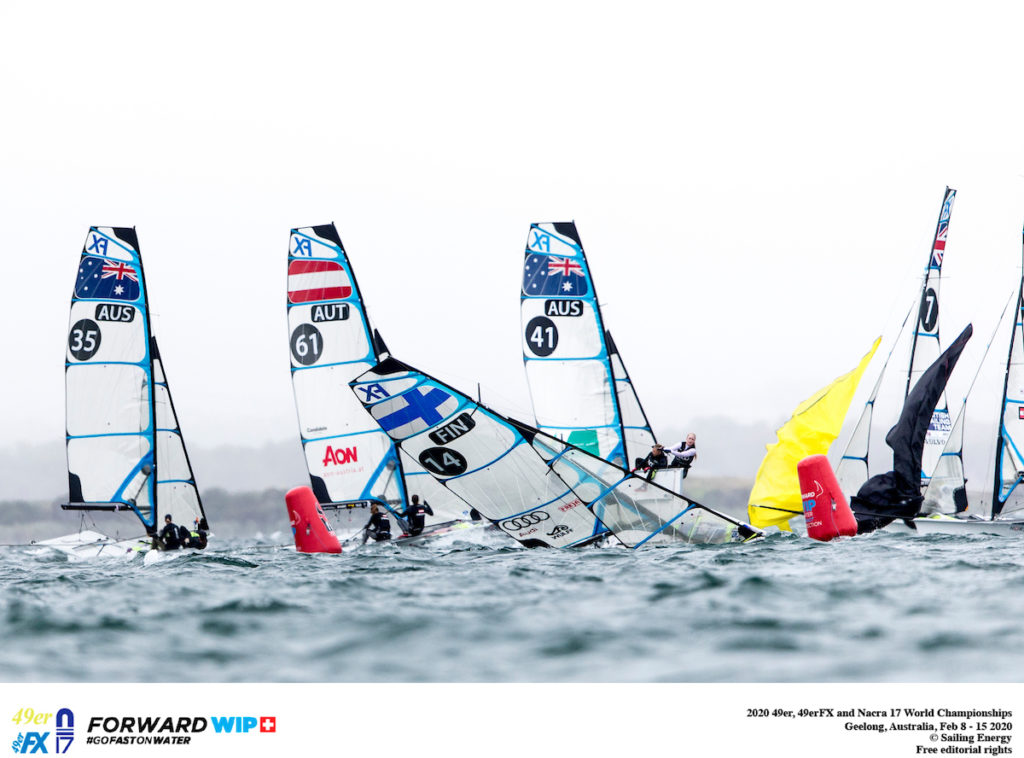 …And it also allowed the skippers and crew to exhibit some of their finest skills.

In one memorable moment during the medal race, the Spanish racers ECHEGOYEN and BARCELÓ almost missed the downwind buoy around which they had intended to turn. Correcting the error at the last moment put them on a collision course with Netherlands – dead ahead, and France approaching from their left hand side – all sailing fast they arrived at the same spot, at exactly the same time.

The Spaniards slalomed – first to clear the buoy, and then to clear the other boats – but only the helmsmanship of France’s Lili Sebesi (who did well to control a delayed gybe) and Netherlands’ Annemiek Bekkering – who gave the other boats ‘sea room’ – avoided a disaster.

The Spaniard’s were stunned into taking a long turn out of the gate; French crew Albane Dubois was forced to temporarily abandon her work to get the spinnaker down – throwing her weight out to the wings  to avoid a capsize …a necessity which cost them ten seconds; whilst Netherlands’ crew Annette Duetz single-mindedly concentrated on her spinnaker work in spite the disaster breaking all around her …she snuffed the sail, and when the bow was clear Netherlands’ skipper Annemiek Bekkering steered around the buoy and zoomed away like a racing car – gaining two places out of the chaos!

Victron Energy are proud to sponsor Olympic 2020 qualifiers Bekkering and Duetz …and the rest of the Netherlands 49erFX team. They never deliver less than 100%!

Annemiek says that she and Annette have learned a lot from this competition. They intend to plan their practice a bit better – to make time on the water more effective …and to build ‘time off’ into their schedule.

When you are at the top of your game and the demands on you are great, it’s important to remember you still have to have fun!

Watch this video footage and you’ll see just how hair-raising 49erFX racing can get! 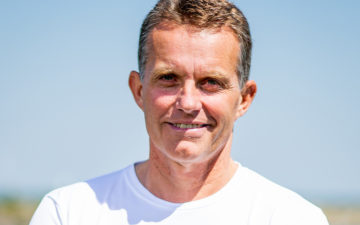 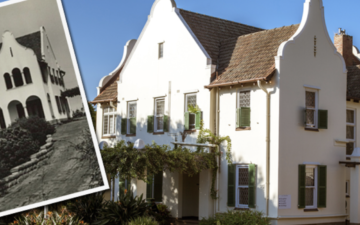