...a voyage to discover how much plastic is in our seas. 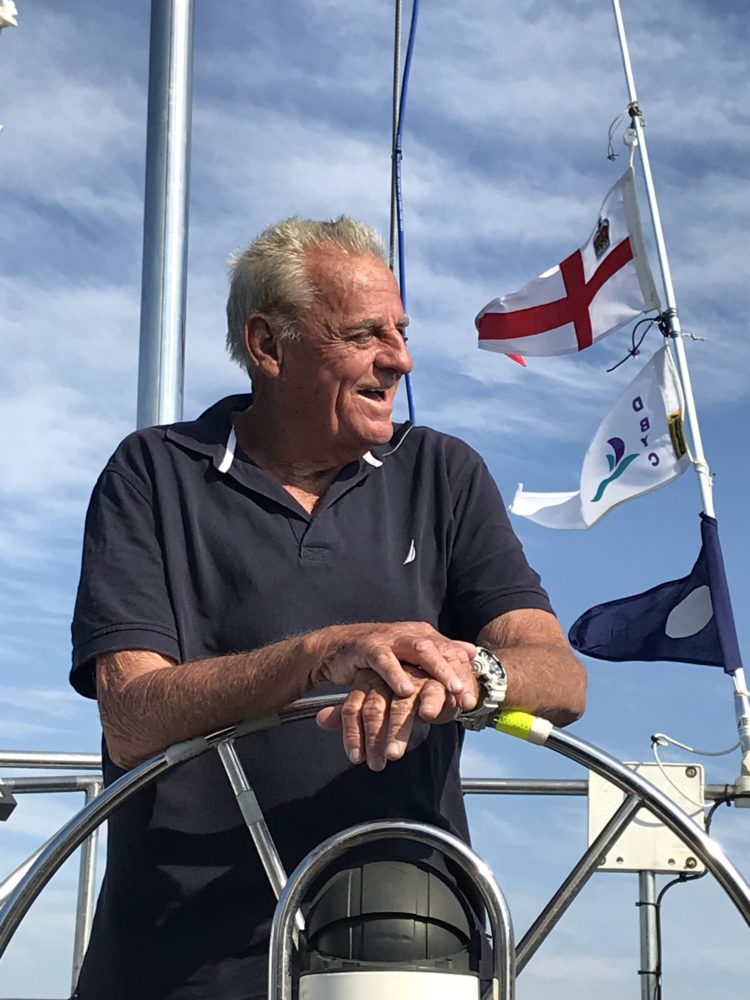 Back in 1986, solo Australian yachtsman Jon Sanders began a non-stop voyage three times around the world. His achievement – covering a distance of 71,000 miles – set a new world record for the longest sailing voyage …a record which remains unbroken to this day!

Since then he has completed many more voyages. He returned from his tenth circumnavigation just last year at the age of 79, and vowed it would be his last.

This weekend – October 26th – he will be setting off on another …I asked him why?

Well, first of all I’ve learned to never say never! He told me. …I’ve noticed a lot of changes in the ocean during the decades that I’ve been sailing: Factory fishing ships – thousands of miles from home …plastic bags floating far out to sea from river effluence; so when it was suggested I could help by making this survey – taking samples of ocean water from around the world, working-up the first baseline for the amount of plastic pollution – I really wanted to help. I wanted to give something back. 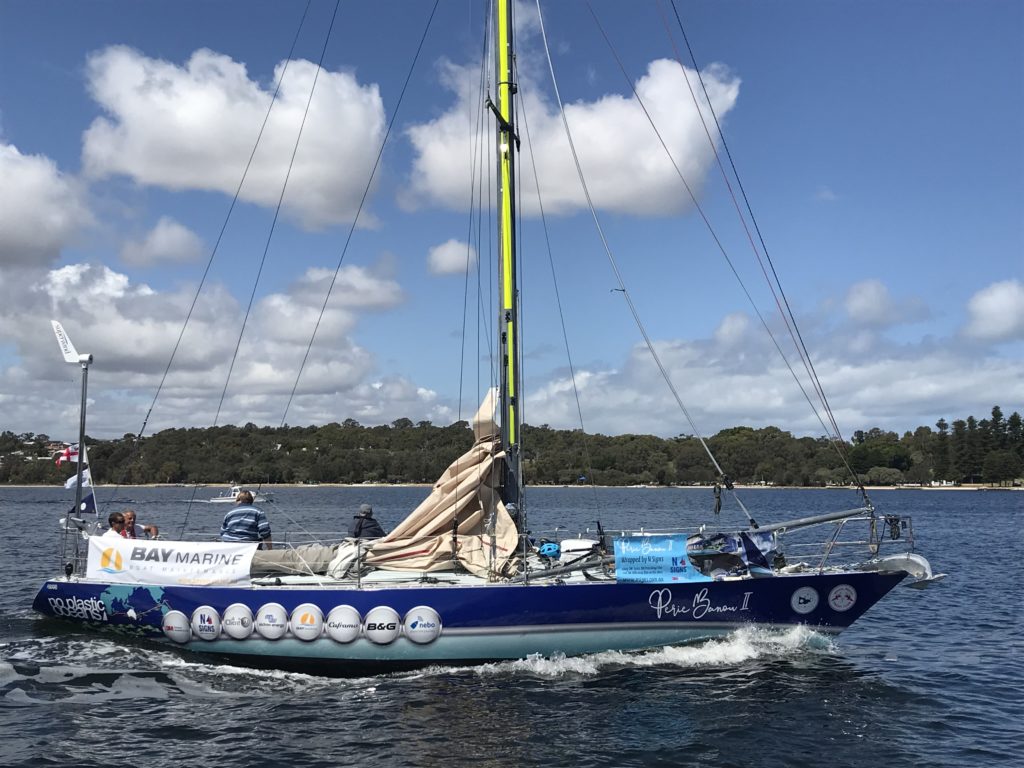 Sailing mainly in the southern hemisphere via the Indian, Atlantic, Pacific and Southern Oceans – as well as the Tasman Sea – aboard his 39 foot yacht Perie Banou II, Jon will pump 50 litres of water through a filter every day as he makes his way east to west around the world, covering about 100 miles per day. He will bring the filters back home for analysis by Western Australia – Organic and Isotope Geochemistry Centre (WA-OIGC) at Curtin University, providing them with an accurate measure – for the first time – of the presence of microplastics throughout the remote locations of his route. These samples will form a baseline for all future measurements.

Jon’s shore-based team recognise the opportunity to further raise awareness about the level of microplastics in our oceans to which end they have begun a campaign: No Plastic Oceans. This initiative is being led by Dr. Stephen Davis and Morgan Flower who have been working tirelessly – securing support from Curtin University, and third party organisations …Fremantle Sailing Club; Royal Perth Yacht Club; Nebo, B&G (Navico) & ClientSAT and a growing number of other sponsors.

Jon plans to stop at 11 ports throughout his voyage.  A detailed report of Curtin University’s findings will be made publicly available after the voyage.

For the journey Jon’s (nearly) 50 year-old Sparkman & Stephens yacht – which has already completed three circumnavigations  – is being completely refitted …new sails; running rigging; deck hardware; aids to navigation; together with a new 12V power system …from batteries to inverter. 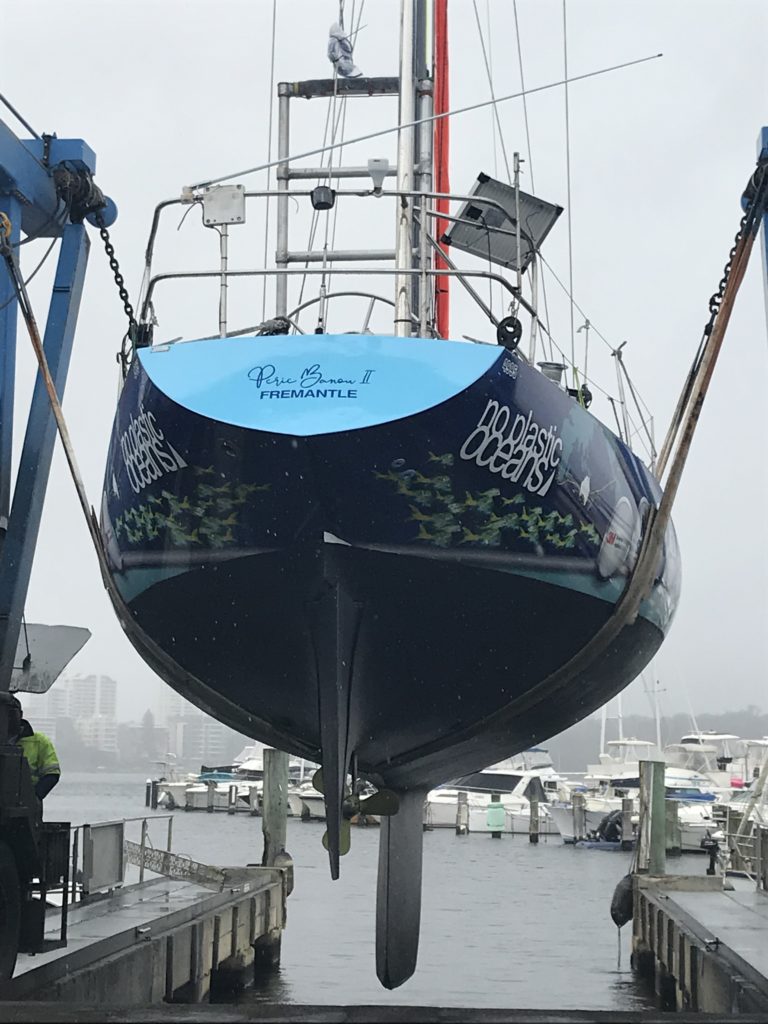 At Victron Energy, reliable, renewable power lies at the heart of everything we do …so we were delighted to be asked to play a small role in Jon’s historic data-collecting voyage by donating the equipment which will provide him with power for his sensitive electronics, communications equipment, and for powering everyday ‘domestic’ items.

The equipment Jon will be taking with him on Saturday are typical for blue water cruising: 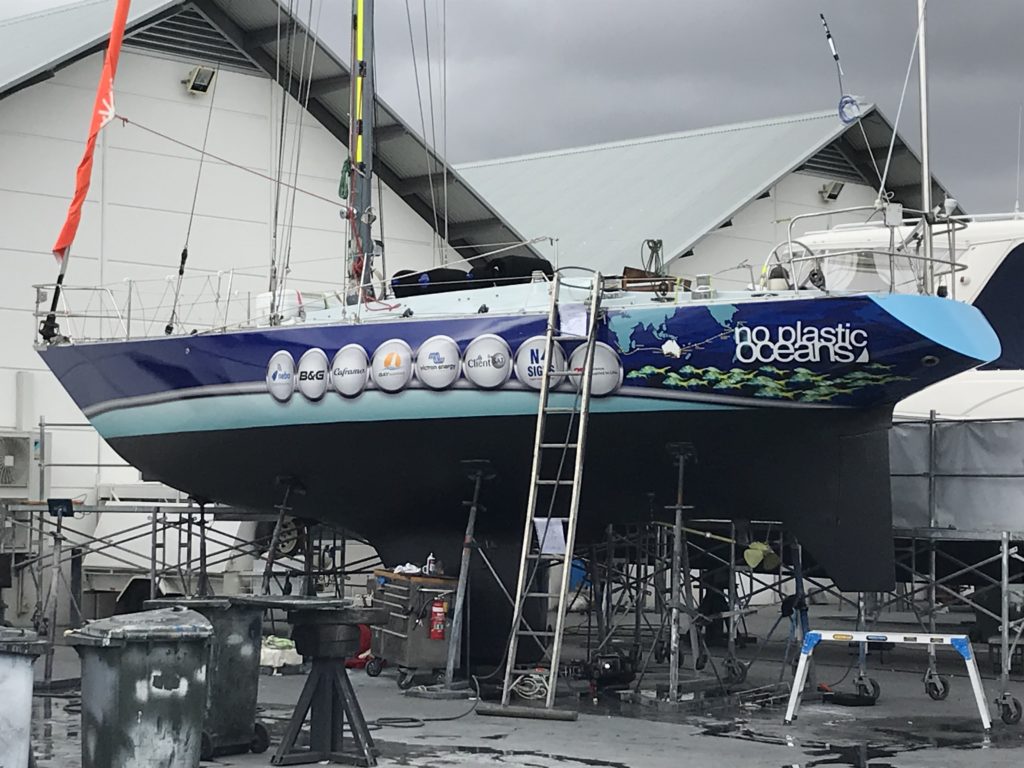 Professor Kliti Grice, from the WA-OIGC, whose department is in Curtin’s School of Earth and Planetary Sciences, says that at present the measurable risks of marine plastic pollution to marine life, ecosystems and fisheries were largely unknown. He continues:

Every year, up to 14 million tonnes of plastic flows into our oceans, breaking down to micro- or nanoplastics that can be ingested by marine organisms. It is not currently possible to rank the risks posed by marine plastic pollution in the marine environment, so this research will aim to set a baseline for the future monitoring of southern oceanic microplastic pollution. Jon Sanders’ support for the research will offer vital information that may help preserve the ocean and marine environment.

By helping with this research Jon is playing into his strengths:

After I’ve spent two Wednesday afternoons playing pool down at the club, I start to feel that it’s time to go back to sea. He says.

When sailing, Jon – whose mother Dorothy Lucie Sanders was an author  – likes to keep himself busy writing a blog about his travels over the watery wilderness – follow his story here. 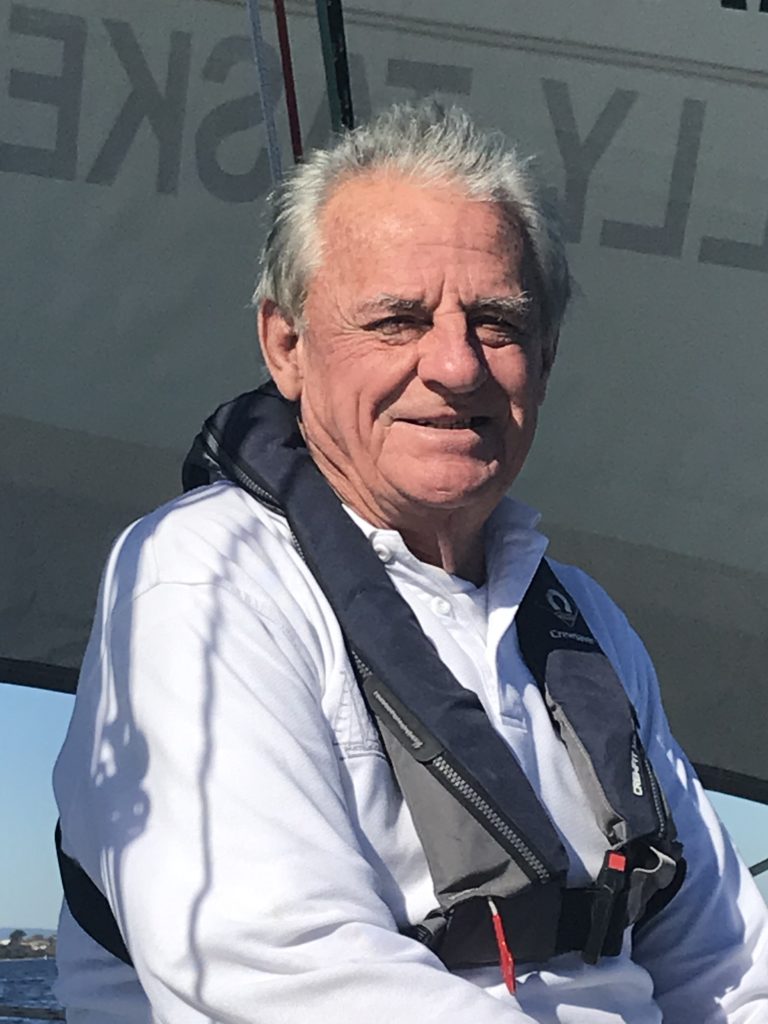 By justin
Oct 24, 2019
Previous
Nanogrid TOGO
Next
3-Phase in the Outback? 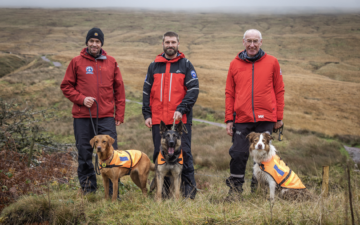 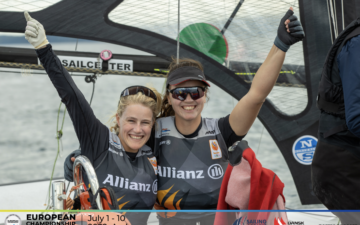