VRM World is a way to publicly share your VRM site data to the world via a searchable world map. Naturally access to your site configuration, precise location and any private details are excluded.

In order for your site to show up on VRM World, it needs to:

Sites which do not meet these requirements (anymore) will be hidden on VRM World. Whenever they meet the requirements (again), they will show up again. If your site isn't visible despite having enabled sharing, please check that it meets the other requirements.

If your site meets the above requirements you can enable sharing your site via VRM. To do so, go to the site you want to share in VRM and click the Share icon in the upper right corner:

Here, enable the option to 'Share publicly on VRM World': 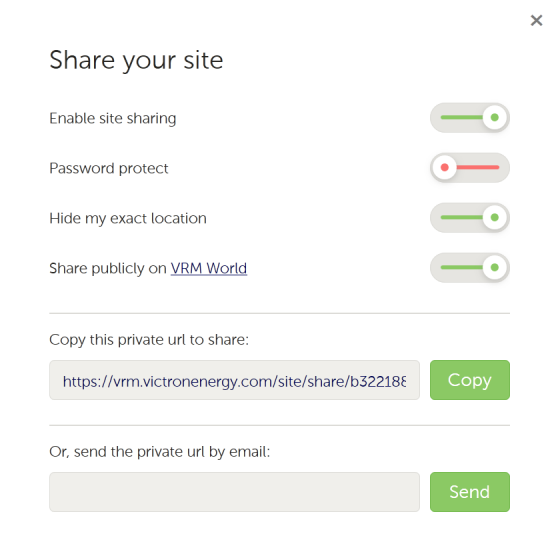 What happens when you share your site on VRM World?