This document explains how to connect to Raymarine MFDs using an Ethernet connection. Also, the last chapter explains the Raymarine specifics when connecting on NMEA2000.

The integration technology used is called LightHouse Apps by Raymarine.

Make sure to also study the Marine MFD Integration by App chapter in the manual.

Note that there is an alternative method to connect, which is NMEA2000. See the NMEA2000 chapter in the main manual, as well as the last chapter in this manual.

The MFD integration is compatible with the Axiom, Axiom Pro and Axiom XL MFDs running on LightHouse 3. The eS & gS Series multifunction displays which have been upgraded to LightHouse 3 are not compatible.

Raymarine MFDs need at least LightHouse v3.11 for compatibility, which was released in November 2019.

From Victron side, all GX devices (Cerbo GX, CCGX, Venus GX, and so forth) can be used and are compatible. For details on detailed product compatibility with regarding to inverter/chargers and other components, see the main Marine MFD App chapter in the GX Manual.

The MFD needs to be connected to the GX device using ethernet. It is not possible to connect over Wi-Fi. For the ethernet connection, a RayNet adapter is required.

The RayNet adapters can be purchased from Raymarine:

To connect the GX device to the internet as well, use Wi-Fi. If the Axiom MFD is connected to internet (using Wi-Fi), it will automatically share its connection with the GX device over ethernet.

Connecting a Axiom MFD to a network router over Ethernet leads to IP address conflicts, due to the integrated DHCP server in the Axiom MFD.

It is not possible to use a GX GSM, due to the integrated DHCP server in the Axiom MFD.

On the Victron GX Device, go to Settings → Services, and there enable both MQTT on LAN (SSL) and MQTT on LAN (Plaintext). 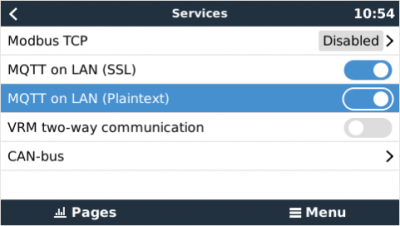 Next, go to Menu → Settings → System Setup → Battery Measurements. And there set up what batteries you want to see on the MFD; and by what name. 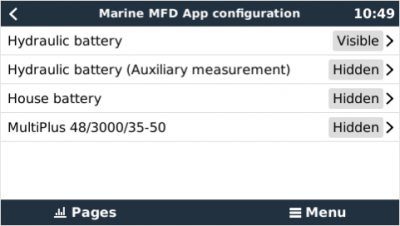 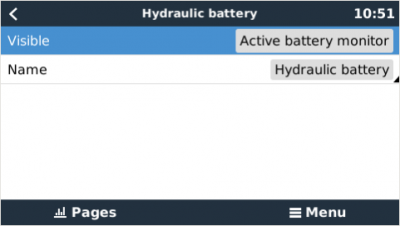 No other settings, such as IP addresses or similar are required, since the Axiom MFDs have an integrated DHCP server.

This video explains how to setup multiple battery measurements, and naming them. 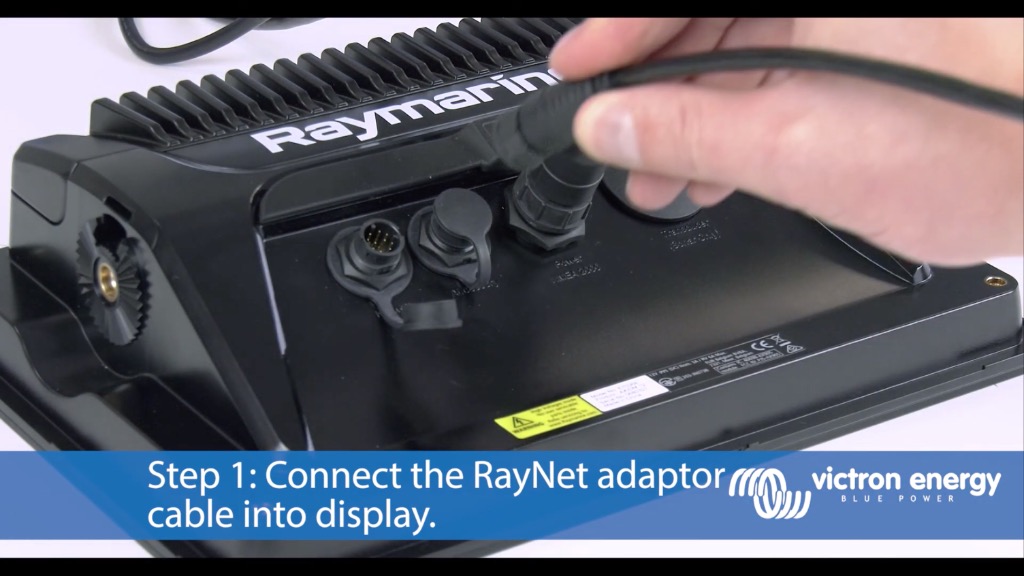 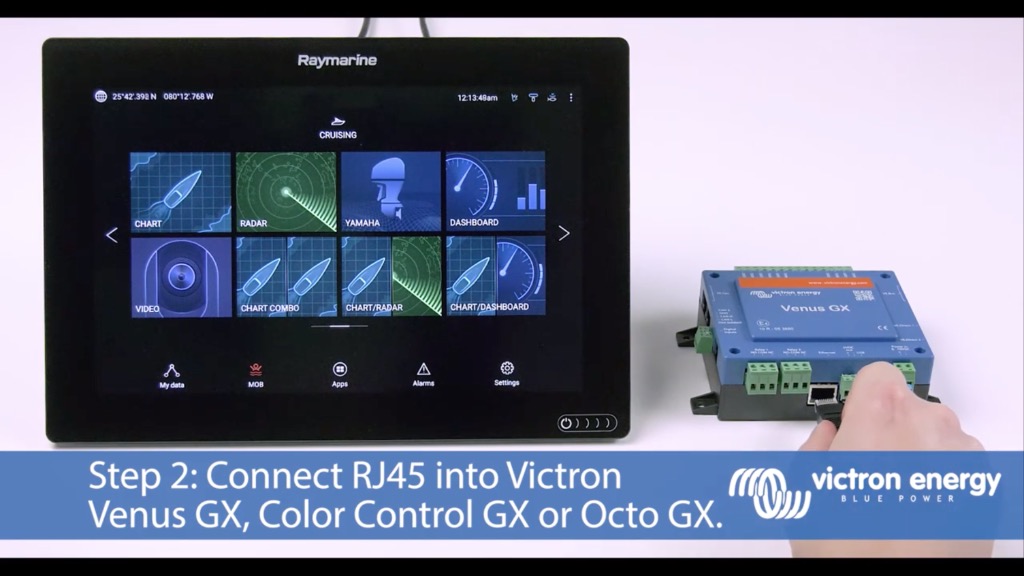 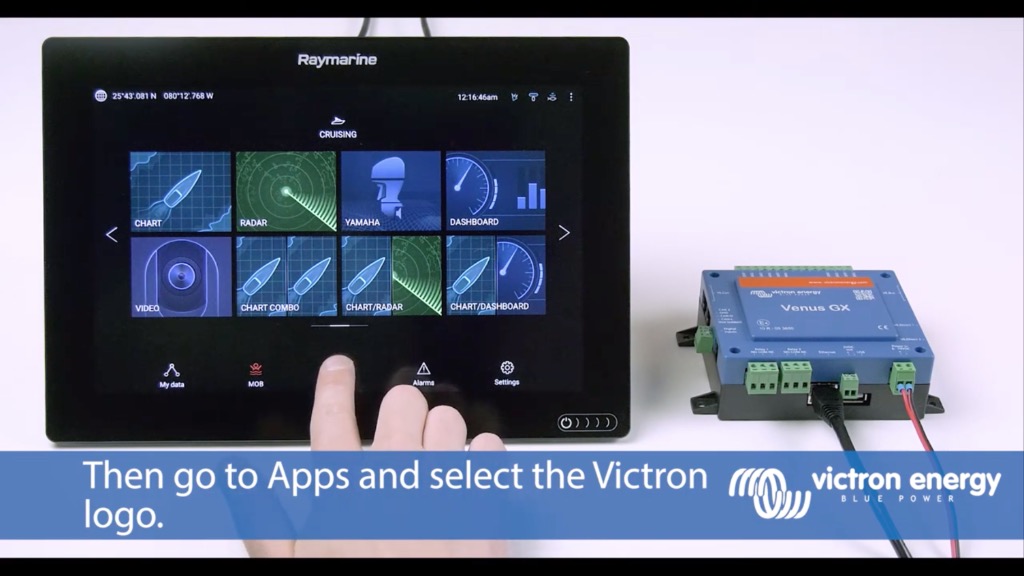 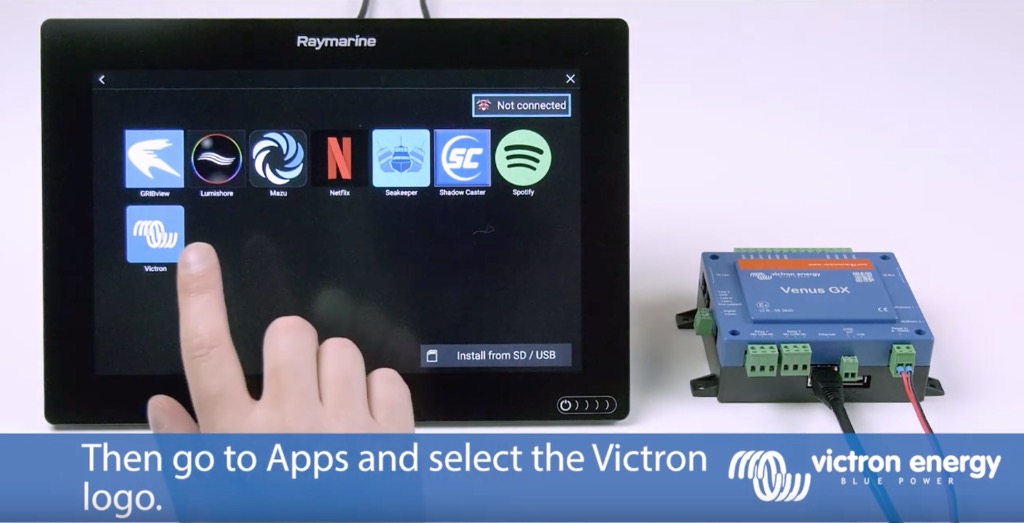 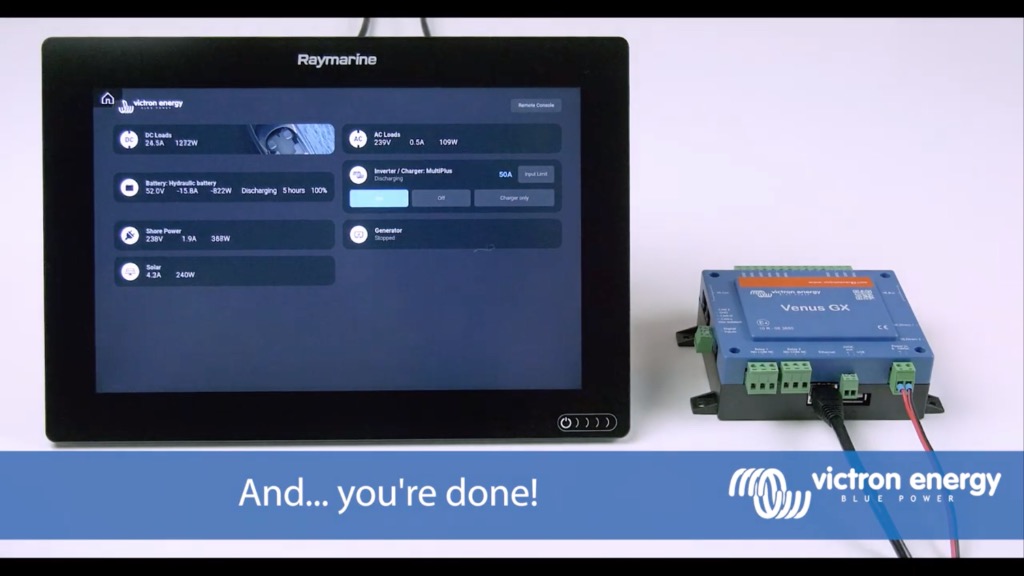 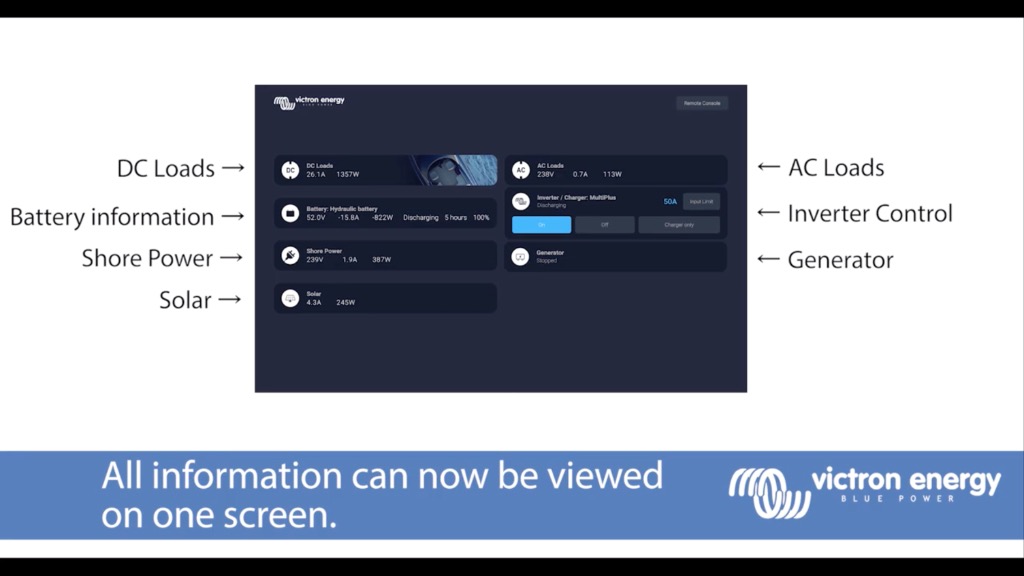 After connecting the Ethernet cable the GX device receives an IP number (10.x.x.x) from the Axiom DHCP. If you start the Victron App on the Axiom and it shows “hardware devices not found”, just restart the Axiom and see… it works!

A Raymarine MFD can also be connected to the Victron system using NMEA 2000. If you’re new to NMEA2000 & Victron, start with reading the NMEA 2000 & MFD integration guide.

This chapter explains the specifics of NMEA2000 when connecting Victron to a Raymarine MFD.

If there are more than 1 (for example) SmartShunt in the NMEA2000 network then you change the Data instances of the Victron PGNs to make the 2nd device can be seen too. See here for how to do that: Changing NMEA2000 Instances, section Data instances.

To setup the data sources on the Raymarine, go to Settings > Network > Sources > Advanced…

If you have more than 1 battery be sure to adjust the settings of the Axiom to the correct amount of battery(banks).

When the NMEA2000/STNg network has GPS data the GX device sees this as a GPS source and is able to use the GPS position in VRM.

Below list of Victron related PGNs are not supported by the Raymarine, ie. in our tests we could not get such data to show on the MFD using NMEA2000 (use the Marine MFD App instead to see the same data!):