This document explains how to access a GX device via SSH, or straight on the Serial Console, with the root user.

Warning about modifying the rootfs

1. Your changes can be lost during a firmware update Note that additions made to the rootfs are not safe during an update, as the complete rootfs is replaced during an update.

Of course it is always possible to disable automatic firmware updates. Also there is a data partition (/data), which will be left alone in the image updates. More details below.

2. It is possible to brick your GX device

For those unfamiliar with the term: Bricking means rendering it useless and unrecoverable. Chances of this are small (depending on what you do), but its certainly possible. And if not fully bricked, then at least in a state from which there is no documentation nor support on how to recover.

Note that a solution to this is to do Venus OS experiments on a RaspberryPi rather than a real GX device. The advantage of a raspberrypi is that you can always start from scratch, by re-imaging the sdcard. And the other is that it (the pi) is a low cost device. more information on that.

The factory reset procedure, as (soon [1]) documented in the normal user manuals of the GX devices, removes everything from the data partition, except for the factory installed files. This will recover from issues caused by problems on the data partition, such as it being full or invalid settings or custom scripts.

Be careful that it is possible to make changes from which its not possible to recover. For example:

[1] pending completion of the documentation, find the necessary file and (scarce) instructions here: https://community.victronenergy.com/questions/88926/venus-os-v27012-available-for-testing.html?childToView=89199#comment-89199. Its in a series of comments between @vga and @mvader.

Hooks to install/run own code at boot

Everything, except for information on /data, will be wiped after an update.

Therefore, the trick to make changes & modifications survive an update, is to put files you need on /data, make them be (re-)installed automatically on startup. This section describes how to do that.

If the files /data/rcS.local or /data/rc.local exists, they will be called early (rcS) and late (rc) during startup. These scripts will survive upgrades and can be used by customers to start their own custom software. Implementation details in this commit.

Also if venus-data.{tar.gz,tgz,zip} is found on removable storage (usb stick, sd-card) when booting, it will be unpacked into /data. Implementation details in this commit. Added per Venus v2.30~28.

You can test the 'update' with /opt/victronenergy/swupdate-scripts/check-updates.sh -update -force which will install the same version again, but in the other rootfs.

For details of the used update mechanism, see here: https://github.com/victronenergy/venus/wiki/swupdate-project

On a GX Device, there are three partitions that matter:

One active rootfs at a time

Only one of the two rootfs partitions will be in use at time. During a firmware update, the new firmware is installed on the other one; and once finished the subsequent reboot will reboot the device onto that other partition.

The data partition is not touched during a firmware update, except maybe some migration scripts that run at boot.

Always prevent running out of diskspace

When doing modifications, make sure both the data partition and the rootfs do not run out of space. We don't design or test for that situation.

With regards to the size of the data partition, thats easy to check using the df utility. But not so for the rootfs:

After logging into a GX device, and checking the free disk space on the rootfs(! thats not the data partition), you might get a bit disappointed at first. Don't worry about that, there will always be only 5% of free space, but thats not the actual free space:

The reason for this is that a firmware update replaces the full filesystem on the rootfs, as an image. And its then not expanded to the full available space of the partition reserved for the rootfs.

To expand it, run /opt/victronenergy/swupdate-scripts/resize2fs.sh. It will expand the filesystem to use all of the available space.

Also this remounts that rootfs as read-write.

For actual available diskspace on our GX Devices, see https://github.com/victronenergy/venus/wiki/machines.

To see what resize2fs.sh is doing, without having to log into your Venus OS, see it also here.

Now you have access to the super user features.

Note that on a touchscreen, such as a Cerbo GX + GX Touch, there is no “right button”. Instead, drag the menu down and hold it down for five seconds. Or, use Remote Console.

Note that, for firmware version v2.00 and later, the root password will be reset by a firmware update. The reason is that the passwd file is on the rootfs, which is fully replaced by an update. More info here.

Our advice is to create a root password. But use it to login only the first time, and then install a public ssh key(s). Thereafter login with the keys.

To the login, enter the ip address of the GX device in a ssh client. Most Linux and Mac users will simply do this from the command line:

And a very commonly used client for Windows is Putty. For more info, look around on the Internet, there is plenty information available.

Using a ssh key for authentication, instead of a root password, has the advantage that it isn't lost during a firmware update. The keys are stored on the /data partition.

First set the root password (once), use that to login, and then copy a public ssh key to ~/.ssh/authorized_keys.

The third file contains the keys we use for Remote Support login.

6. Connecting on the serial console

The serial console offers a straight connection from your computer. Not relying on TCP or anything else.

Its an alternative to connecting to the commandline over ssh.

Connecting to the serial console requires a USB interface, ie a USB to serial cable with proper pin-out. For example this one: https://www.adafruit.com/product/954.

The serial consoles on all GX devices are configured to 115200 baud.

All GX Devices have a dedicated serial console, except for the CCGX. Therefor its documented on a separate page:

The serial console is located on the CPU board, header JP201. GND is pin 1, RX and TX are pins 4 and 5. Here is a picture showing a ADA Fruit Serial Console cable connected to it. 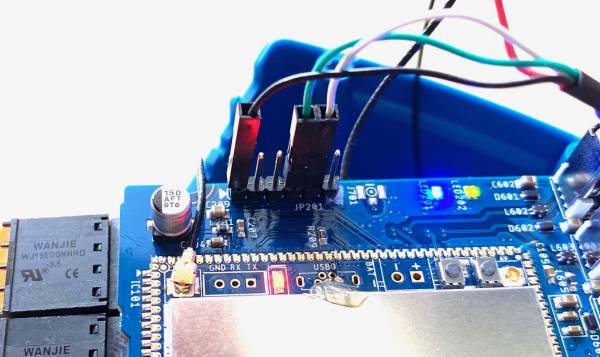 The serial console is located on the base-board, and can be accessed through the slot between that board and the Ethernet connector on the beaglebone-board.

Here is a picture showing how, also using the adafruit serial console cable as referenced above: 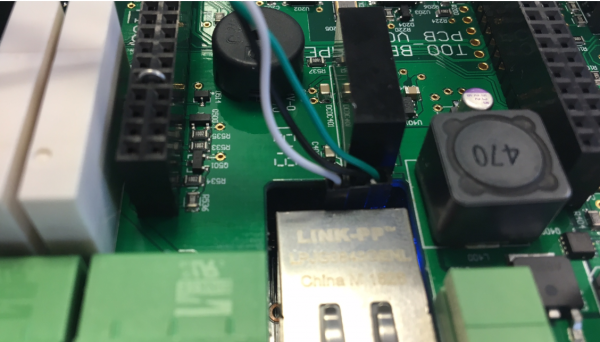 The GX Card is the PCBA inside the MultiPlus-II GX and EasySolar-II GX product ranges. This photo shows the card, when unmounted from these inverter/chargers.

Maybe the pins are also accessible without dismantling it, maybe not. Note that all this is at your own risk, as everything on these pages is. 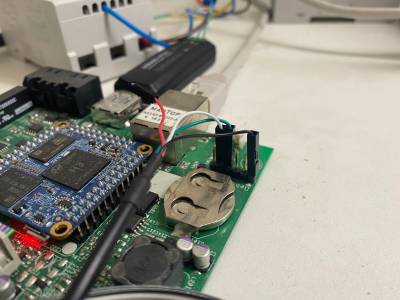 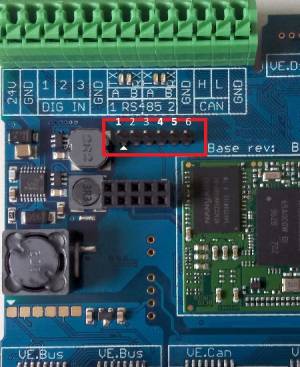